Given below is the direct link to check the IBPS RRB final result 2019:

The above-mentioned link shall redirect you to the official website where you can check the result by selecting the post for which you had applied. 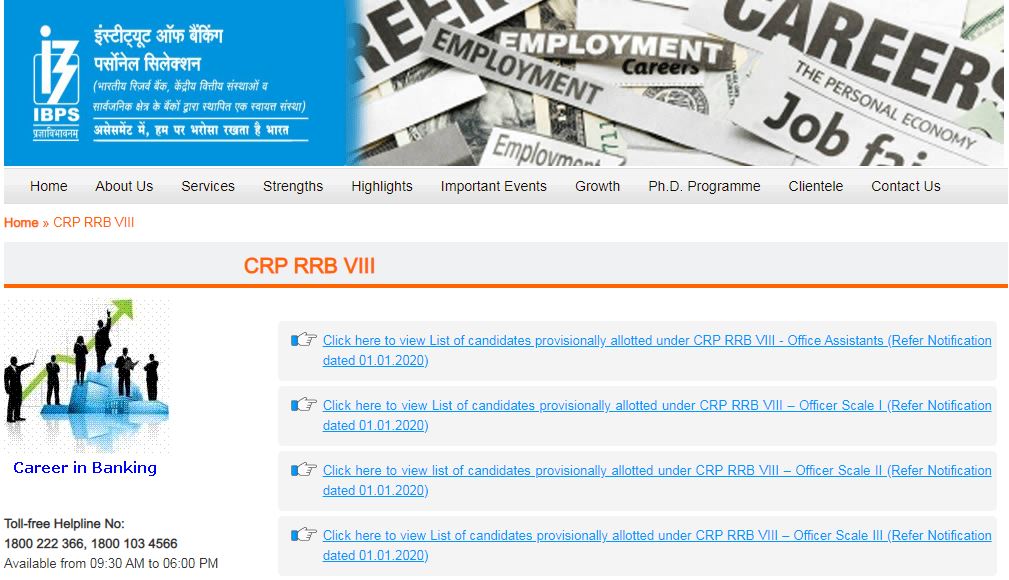 How To Check IBPS RRB Result

To check the result online candidates need their registration number or roll number and password as specified in the application form and admit card of each candidate.

Candidates can follow the steps given below to check the result for IBPS RRB  exam for the various post:

To know more about IBPS RRB exams candidates can visit the linked article.

IBPS had released a total of 4847 vacancies for the post of Officer Scale I, II & III together for 2019-20 recruitment. Given below is the vacancy distribution for the IBPS RRB exam for the Officer’s post:

The official notification for the recruitment of IBPS RRB Officers was released in June 2019 and the final Provisional allotment list has been declared in January 2020.

Given below are the important dates for the IBPS RRB Officer Scale I, II & III exam 2019-20:

Know about other bank exams at the linked article.

The Institute for Banking Personnel Selection is the conducting body for all IBPS exams. The IBPS RRB exam is conducted to recruit potential candidates to various Regional Rural Banks across the country.

Candidates willing to apply for the IBPS RRB exam can refer to the links given below to prepare themselves well for the upcoming IBPS exams:

Candidates can know the salary range for bank employees at the linked article.

The IBPS RRB Office Assistant result 2019-20 has been declared by the Institute of Banking Personnel Selection on January 1, 2020. Total 4003 vacancies were released to recruit Office Assistants in various participating Regional Rural Banks.

Given below are the important dates for the IBPS RRB Office Assistant Exam:

For details regarding other government exams candidates can visit the linked article.