There are numerous bacteria found on planet earth. They divide quickly by binary fission producing identical daughter cells. Thus, the genetic information is transferred from the mother to the offspring and is known as vertical transmission.

Conjugation is the technique of transfer of genetic material from one bacteria to another placed in contact. This method was proposed by Lederberg and Tatum. They discovered that the F-factor can move between E.coli cells and proposed the concept of conjugation. 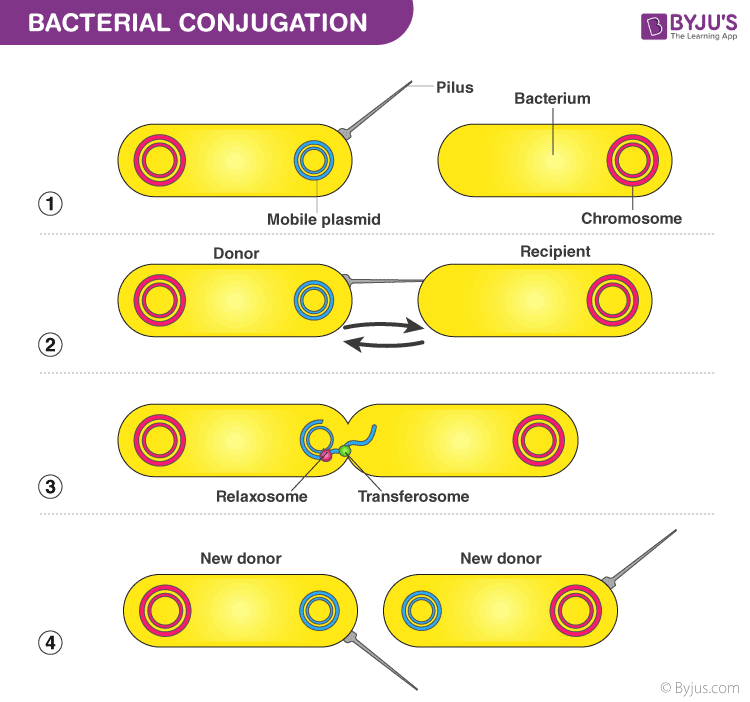 There are various conjugal plasmids carried by various bacterial species. Conjugation is carried out in several steps:

The pilus forms a conjugation tube and enables direct contact between the donor and the recipient cells.

The donor and the recipient strand both contain a single strand of the F-plasmid. Thus, a complementary strand is synthesized in both the recipient and the donor. The recipient cell now contains a copy of F plasmid and becomes a donor cell.

Transduction is the process of transfer of genes from the recipient to the donor through bacteriophage. 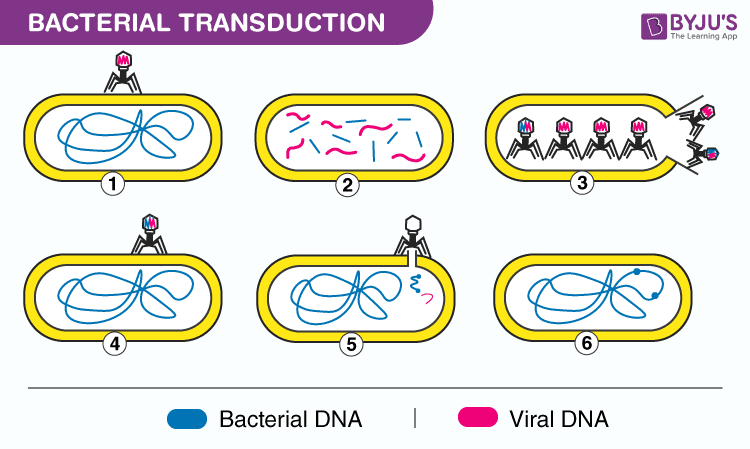 Transduction is of two types:

In this type, the bacteriophage first infects the donor cells and begins the lytic cycle. The virus then develops its components using the host cell machinery. The host cell DNA is hydrolyzed into small fragments by the viral enzymes.

In this, only a few restricted bacteria are transferred from donor to recipient bacteria. This is carried out by temperate bacteriophage which undergoes the lysogenic cycle.

The virus enters the bacteria and integrates its genome within the host cell DNA. It remains dormant and passes on from generation to generation. When the lysogenic cell is exposed to some external stimulus, the lytic cycle begins.

The virus genome is induced in the host cell genome. Due to this, the phage genome sometimes carries the bacterial genome with it and integrates it into the genome of the recipient cell. Here, only the restricted genome has the possibility of entering into the recipient cells.

Transformation is the process of DNA uptake by the bacteria from the surrounding environment. The cells that have the ability to uptake DNA are known as competent cells. This process was first reported in Streptococcus pneumonia by Griffith. 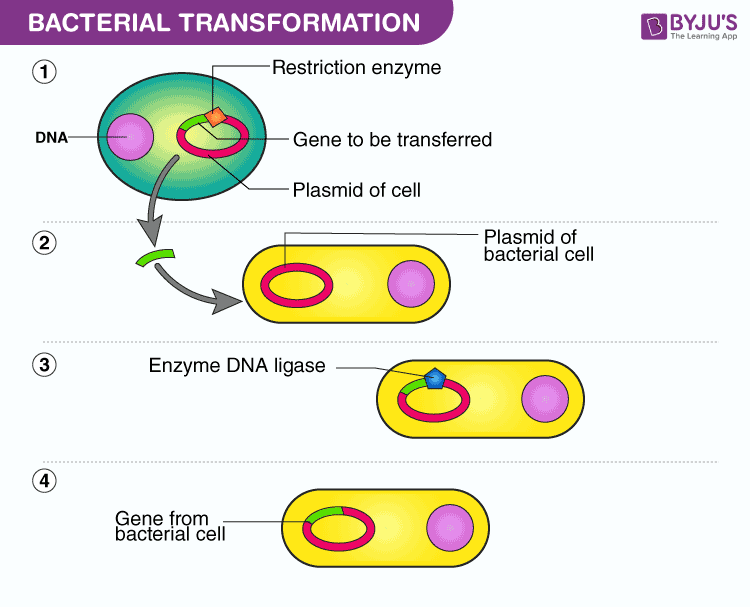 Not all bacteria are capable of taking up DNA from the surrounding environment. Such bacteria are made artificially competent. This is achieved by using chemicals and electrical pulses.

How to Identify Transformed Cells?