Conduction of nerve impulse occurs due to the presence of active and electronic potentials along the conductors. Transmission of signals internally between the cells is achieved through a synapse. Nerve conductors comprise relatively higher membrane resistance and low axial resistance. The electrical synapse has its application in escape reflexes, heart and in the retina of vertebrates. They are mainly used whenever there is a requirement of fast response and timing being crucial. The ionic currents pass through the two cell membrane when the action potential reaches the stage of such synapse.

Mechanism of Transmission of Nerve Impulse 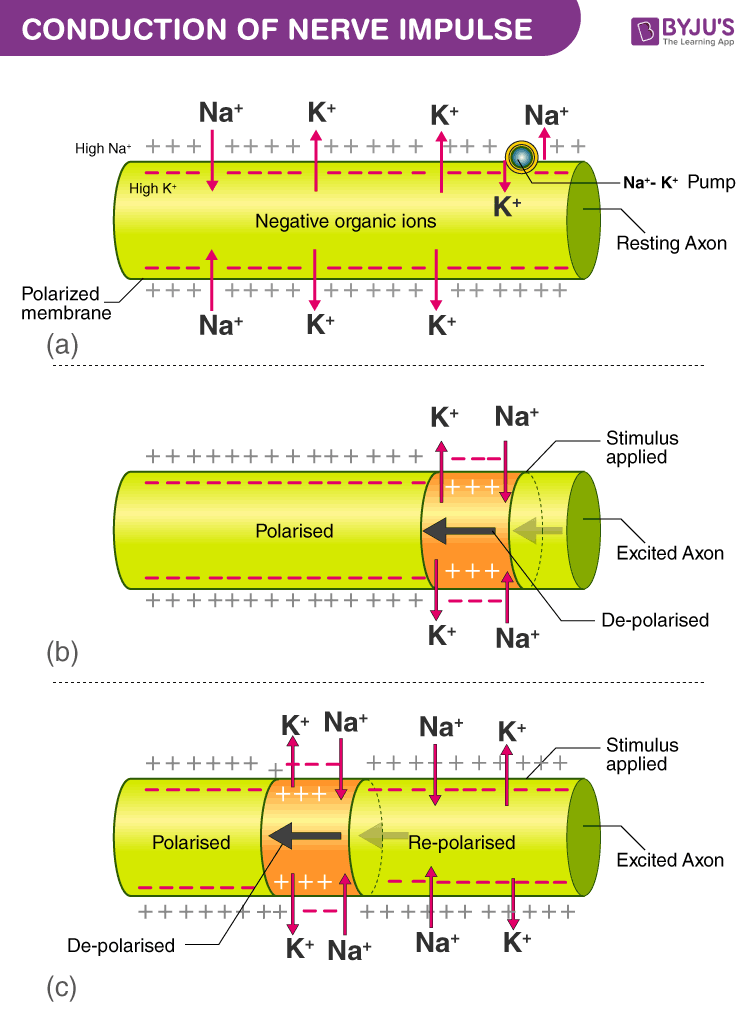 Outside the axon, the negatively charged chloride ions are neutralized in the presence of positively charged sodium ions. Negatively charged protein molecules are neutralized in the presence of potassium ions within the axoplasm. The membrane of a neuron is -ve inside and +ve outside. Resting potential would be the difference in charge. The difference in charge might vary from seventy to ninety millivolts, as a result, the membrane would be polarized. Sodium potassium pump operates to keep resting potential in equilibrium. 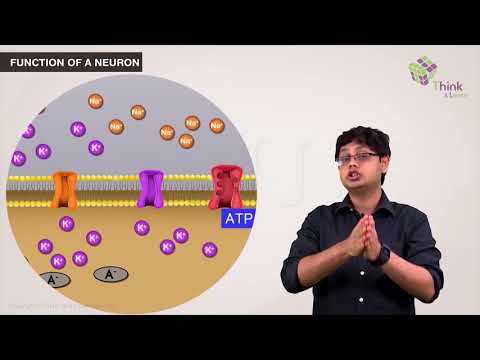