The Cyclostomata are the modified and degenerate offshoot of the primitive vertebrate stalk. Due to their circular mouth, they are named Cyclostomata. 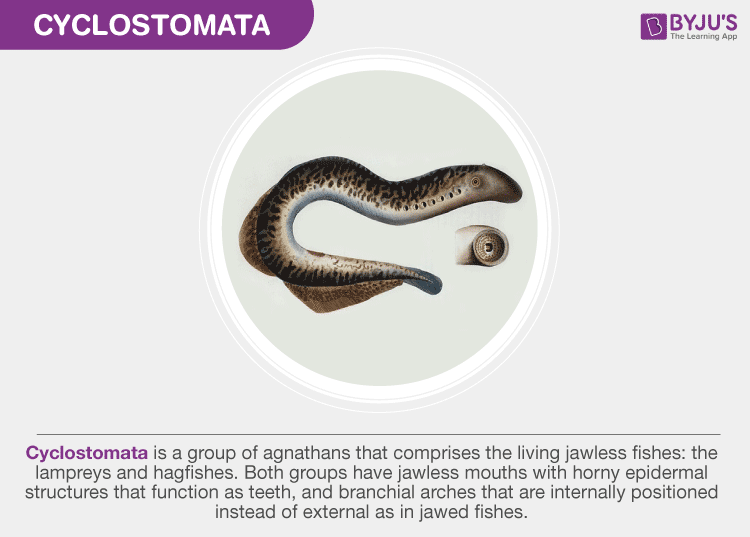 They are parasitic, usually feeding on fish in their adult stage. Morphologically, they resemble eels. They are known to be the only living vertebrates without true jaws, hence called Agnatha. Cyclostomata includes hagfishes and lampreys.

The cyclostomes are sub-divided into two major orders.

Lampreys or lamper eels belong to this order.