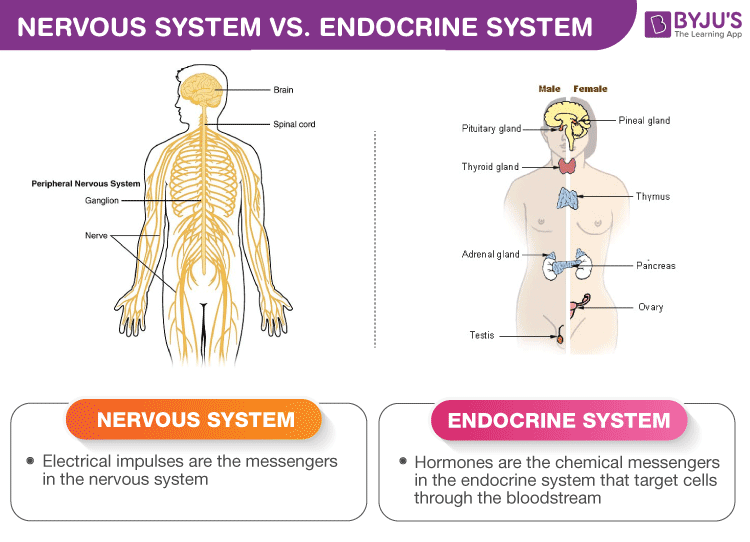 Both the nervous system and endocrine system give signals to the internal body parts. Both the systems use the brain as a source but in different ways. To learn more differences like the difference between Hormones and Enzymes, Visit BYJU’S.