Fungus belongs to a group of eukaryotic organisms that includes unicellular and multicellular fungi. They are categorized into Kingdom ‘Fungi’. They form tangles of filaments. Yeast, on the other hand, is a unicellular organism that reproduces through binary fission or budding. Depending upon the environmental conditions, dimorphic fungi could shift between hyphal and yeast phase. 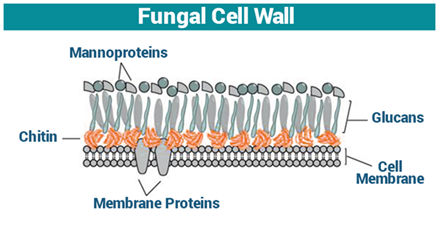 Fungi make use of organic compounds and carbon as a source rather than fixing carbon-dioxide from the atmosphere. It is not possible to fix nitrogen from the atmosphere, hence they have to obtain from the diet. They obtain nutrients from decaying organic matter for which they mainly depend upon plant materials. The nitrogen, carbon and other elements are released to the atmosphere when exoenzymes break down polysaccharides into insoluble readily absorbable glucose.

The cell wall of fungi is a dynamic structure that protects the cell from environmental stress and prevents from various effects that are caused due to changes in osmotic pressure. Biosynthesis is a unique feature of the fungal cell wall. They possess a complicated cellular structure. The cells of fungus comprise the membrane-bound nucleus and the DNA that is wrapped around histone proteins.

Chlorophyll is absent in fungal cells. Pigments are associated with the cell wall and vary from black, green and red. They act as a protective layer by protecting fungus from harmful ultraviolet rays. The rigid layers comprise glucans and chitlins.

Fungi are a good target for the development of antifungal drugs. Based on several tests, it has been found that the fungal cell wall has been composed of mannans, glucans, and glycoproteins. The vital role of components is in the formation of a cell wall and biosynthesis has been proved through mutation analysis.