This disorder is characterized by uncontrolled bleeding and the inability of the blood to clot properly. Even a small cut or a minor injury can result in severe bleeding. Haemophilia is one among the many X-linked recessive inherited genetic disorders, where the gene causing the disorder or dysfunction is located on the X-chromosome. 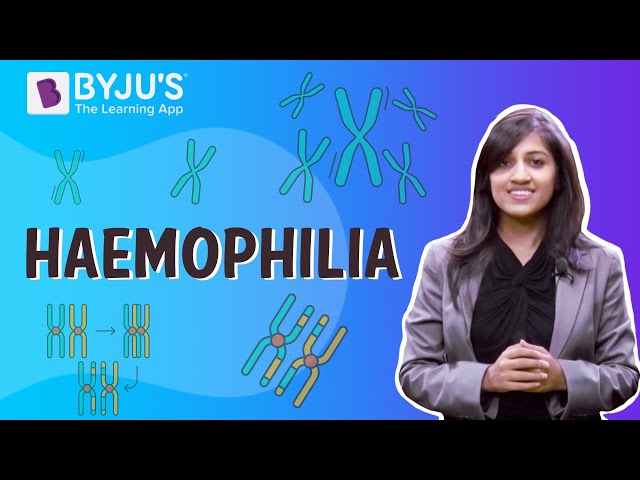 It results in massive internal bleeding (known as haemorrhaging) in the joints such as the knees, elbows, ankles, and also in the tissues and muscles. This can lead to considerable consequences, such as swelling and pain in the affected areas. It can even cause permanent damage to the affected body parts. When bleeding happens in a vital organ, especially in the brain, it has the potential to turn fatal.

Since haemophilia is a hereditary condition, it cannot be prevented; but it can be diagnosed and help the mother understand the risks of having a baby with haemophilia. The female members of the family are the only carriers of this syndrome. If there is a history of haemophilia in a family, it is better to consult a physician and have a blood test to examine the clotting factors and to perform a molecular genetic test to examine the carriers in their genes.

As per the studies conducted on this inherited genetic disorder, the genes from the mother can be transmitted to both her children. Among them, there are 50% chances that her son will have haemophilia A or B and 50% chances that her daughter will be a carrier of this gene.

Symptoms of spontaneous bleeding include:

Test your Knowledge on Hemophilia
Q5