We are so accustomed to seeing plants growing in the soil that it is quite difficult to visualize plants thriving without soil. When most people think about hydroponics, they visualize plants grown with their roots dipped directly into the water without the growing medium. This is just one method of hydroponic horticultural identified as N.F.T. (nutrient film technique). There are numerous variants of N.F.T. used around the globe and is a very prevalent method of growing plant life hydroponically.

The term, Hydroponic is originated from Latin word meaning working water. It is the skill of growing plants in the absence of the soil. 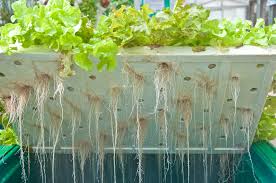 It is a kind of hydroculture and is a technique of growing plants using solutions rich in mineral nutrients without soil. Terrestrial flora could be grown with their roots in the mineral solution only, or in an inert medium like gravel or perlite. The nutrients in hydroponics could be obtained from duck manure, fish waste and from normal nutrients.

As we all know plants need soil for their nutrients. Hydroponics system follows the same principle as all necessary nutrients are supplied well in advanced.

How does Hydroponics function so well?

If plants are provided precisely with what and when it requires to the quantity that is needed, the plant would be as vigorous alike its genetic potential. This task is far more challenging in the soil and is made easy by hydroponics.

In hydroponics, the plants mature in an inactive growing medium and an impeccably balanced pH with the nutrients delivered to the roots in an extremely soluble form. This permits the plant to carry its food with a very little exertion in contrast to the soil when the roots must grab the nutrients and obtain them. This is accurate even while making use of rich organic soil and premium nutrients.

What is a growing medium? 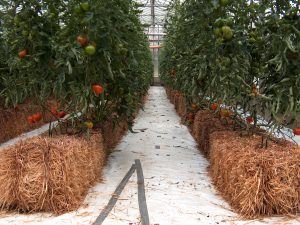 The substance in which the roots of the plant are emerging is known as a growing medium which comprises of a gigantic variety of materials including sand, gravel, perlite, coconut fibre, rock wool, vermiculite and much more. The plants derive required nourishment from the nutrient solution (fertilizer and water collectively). One could thus, easily control the growing environment of the plants. The pH and strength of the nutrient mix are simple to regulate so that the plants obtain just the exact quantity of food. The feeding/watering cycles could be organized by a cheap timer so that the flora gets irrigated on a schedule as necessary.

Hydroponics: A Method to Study the Mineral Requirements of Plants

The soil could be defined as an organic matter, liquids, a mixture of minerals, and many organisms which support the possibilities of life on the earth. This is a statement worthy of a mighty proclamation, one wonders if the soil is as indispensable as it seems from the first statement then how it is possible for the plants to survive without it. Let’s venture to comprehend better.

The soil, under normal conditions, manages to capture and store nitrogen, potassium, and other necessary mineral nutrients that the plant roots eventually absorb. While hydroponics immerses the roots directly into a nutrient-rich liquid solution, thus removing the necessity of soil. There are various methods for immersing the roots- either by placing the plant in the solution and submerging its roots in the solution or by placing the plant in the sand or a sterile growing medium and regularly flooding it with mineral nutrients.

The study of mineral requirements and chemical elements essential for plant growth and metabolism is called plant nutrition. The essentiality of an element in plants is determined based on two criteria. Firstly, the role of the element in the normal life cycle of the plant. Secondly, whether the element forms a part of the plant metabolite.

During, mid 19th century, a German botanist named Julius von Sachs came forward with a method to study the mineral requirements of plants.  The technique is called hydroponics. In this technique, plants are grown in a nutrient solution viz. water containing dissolved nutrients. In hydroponics, plants are grown completely in the absence of soil. All we need is purified water and mineral nutrient salts where the solution is sufficiently aerated. 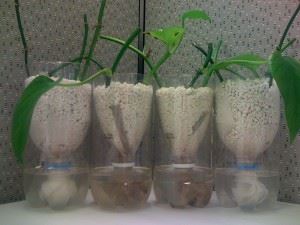 Later many experiments were conducted for the improvisation of the method.  Researchers made nutrient solutions for different elements in different proportions and studied the variations. Based on the observations, they determined and identified the essential elements and their deficiency symptoms. Nowadays, hydroponics is widely employed in horticulture and other commercial productions.

The main advantage of using hydroponics method is:

The disadvantages associated with hydroponics is

Test your Knowledge on Hydroponics!
Q5