“Leprosy is a chronic infection that affects the skin, mucous membrane, and nerves, and causes discolouration, lumps, disfigurement and deformities in skin.”

Leprosy is a disease that causes severe, scarring skin sores and nerve damage in the limbs. Leprosy disease has affected people on every continent. Leprosy is actually not that infectious but it spreads when a healthy person comes in regular and close contact with mouse droplets and leprosy patient. Children get more affected by this disease than adults. Almost, 180000 people all over the world get infected with leprosy.

The Leprosy disease mainly affects the peripheral nerves, skin, upper respiratory tract and the eyes. The most prevalent possibility of transmission is through the respiratory route. Leprosy is also transmitted through insects.

There are six types of leprosy and are mainly classified based on the severity of symptoms, which include- Intermediate, Tuberculoid, Borderline tuberculoid, Mid-borderline, Borderline and Lepromatous leprosy.

Let us know more about each of them in detail.

It is the earliest stage of leprosy. In this stage, patients suffer from flat lesions which may heal by themselves without progressing in case of strong immunity.

It is the mild and less serious type of leprosy. People suffering from this disease have some patches of flat and pale-coloured skin and have no sensation in the affected area because of nerve damage. This is less infectious than other forms. This infection heals on its own, or it can persist and progress to a more severe form.

The symptoms at this stage are quite similar to the tuberculoid but the infections may be quite smaller and more in number which may continue and revert to tuberculoid, or to any other advanced form.

The sign and symptoms of this stage are quite similar to the Borderline tuberculoid leprosy. This includes reddish plaques with the numbness which may regress or progress to another form.

This type of leprosy is a cutaneous skin condition and the main symptoms include multiple wounds or scars including plaques, flat, raised bumps that may continue or regress.

It is considered a more severe type of disease with many lesions with bacteria. The affected region is full of bumps, numbness, muscle weakness and rashes. Other symptoms include limb weakness, hair loss and other body parts such as kidneys, nose and male reproductive system are also affected. It is more infectious than tuberculoid leprosy which never regresses. 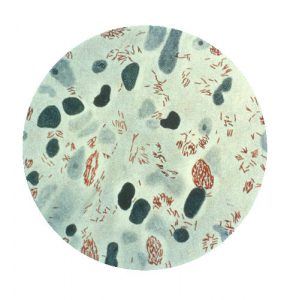 This disease is caused by bacteria, “Mycobacterium leprae” which is slow-growing. Leprosy is also termed as Hansen’s disease after the name of the scientist – Dr Gerhard Henrik Armauer Hansen who discovered this infectious disease in the year 1873.

Leprosy firstly affects the skin and then moves on to nerves present outside the brain and spinal cord which is known as the peripheral nerves.

Although it takes three to five years for these symptoms to appear after coming in contact with the bacteria, in some cases, symptoms appear after 20 years of being infected.

The time period between being exposed and the appearance of symptoms is known as the incubation period. If this period increases then, it is very difficult for doctors to diagnose the disease.

Following are some of the symptoms of leprosy:

The diagnosis of leprosy is based on signs and symptoms. A skin test or a skin lesion biopsy is advised by the doctors to detect the disease.

Leprosy treatment fully depends on the type of leprosy the patient is suffering from. Antibiotics are used by doctors to treat the infection. Long-term treatment includes two or more antibiotics which will carry from 6 months to a year.

People suffering from severe leprosy may need to take antibiotics for a longer time period. But, these antibiotics are unable to treat the nerve damage. There are some anti-inflammatory drugs that are used to control nerve pain and severe damage caused by leprosy.

Test your knowledge on Leprosy
Q5