Ammonium chloride is a water-soluble and mildly acidic inorganic compound. It has a nitrogen ion, four hydrogen atoms, and a chloride ion. The structure of ammonium chloride can be represented as follows. 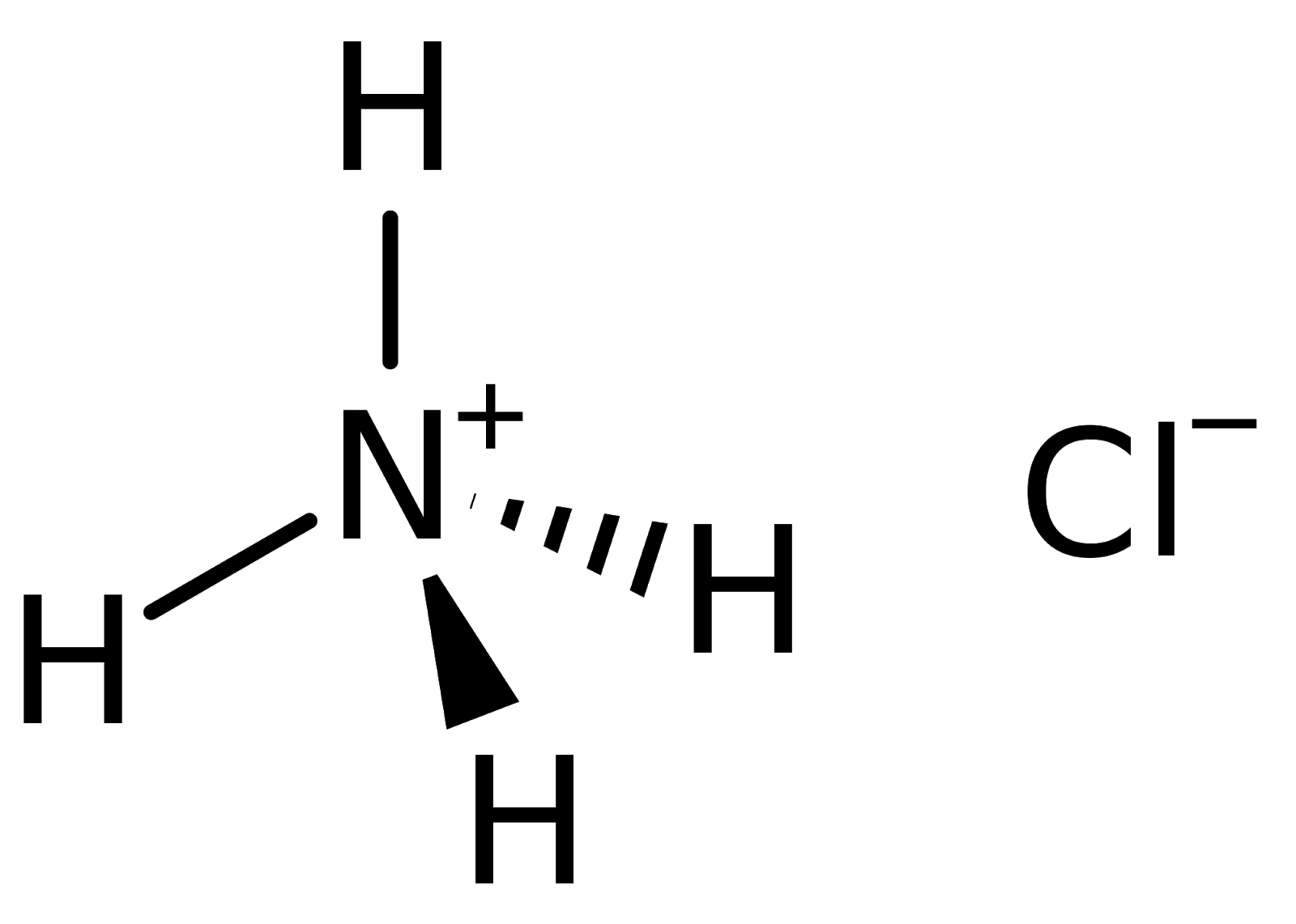 Ammonium chloride is used in several sectors like in fertilizers, glue, medicines, food additives, cooling baths, and as an acidifier. There are various other uses of NH4Cl but its use should be limited due to the environmental hazards it poses.

To learn formulas of several other chemical compounds and to learn various other chemistry topics in a more efficient way, stay tuned with BYJU’S and register now.