What is Potassium Ferrocyanide? 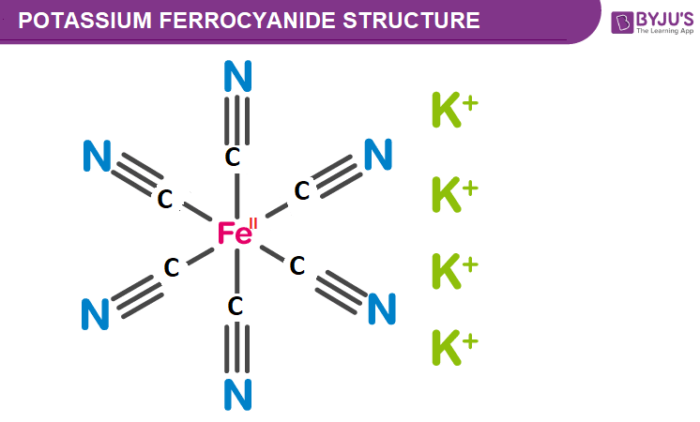 What are the uses of potassium ferrocyanide?

Potassium ferrocyanide is not toxic to humans since it is not decomposed to cyanide in the body. However, if mixed with strong acids, this compound can be potentially fatal.

A 100 g potassium ferrocyanide solution in 1000 ml water must be saturated with chlorine, and stirred regularly, until the solution shows a fine, deep red colour.