Ecology: Organisms and Their Environment 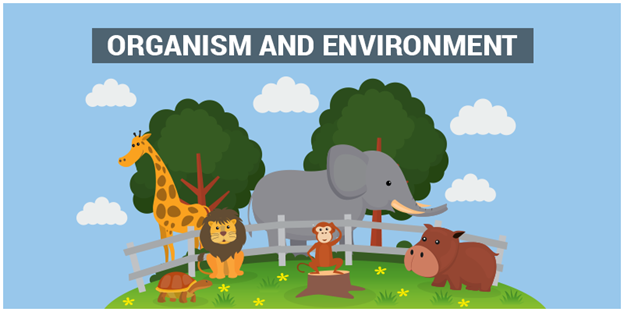 Ecology is the study of the interaction of organisms in an area with the surrounding environment. This interaction constitutes an overall adaptation of the organisms to their environment which also includes the continuity of species. However, the availability of organisms in an area is dependent on the type of environment. Thus, the availability of specific species is indirectly dependent on various factors like annual rainfall, average temperature conditions, the position of the earth with respect to the sun, etc. These factors give rise to the existence of biomes like grasslands, rainforests, deserts, etc. The climate in the specific biome further decides the species richness in that area.

Let us now discuss the various abiotic components in the environment.

Abiotic Components in an Ecology

A group of cells is termed a tissue. There are four basic types of tissues that are found in animals namely muscle tissue, connective tissue, epithelium and nerve tissue. Several types of tissue together form an organ. They perform a specific function. Some of the common characteristics of a cell include reproduction by cell division, response to internal and external stimuli, metabolism and cellular components.

Adaptation of organisms to the Environment.

All organisms possess the ability to adapt to the environment through a process of biological variation. Adaptation may differ among different species but they have the same objective, i.e. “adjustment to variation”. This results in the enhancement of ability and chance of survival. Behaviour is one of the important aspects of adaptation. It includes the way they behave, the way they look and how they are built.

For instance, the animals living in the deserts. They retain moisture either through the food they consume or through making burrow into the moist earth to absorb water into their bodies. Another example would be the cactus in the middle of the desert drawing nourishment from the ground and air.

Also Refer: What is Adaptation?

The population is defined as a “Group of interbreeding individuals of any species that live in a distinct geographical area and compete for similar resources”. Population refers to a collection of humans in terms of sociology. For instance a population of females between the age of 30 – 50 years in a specific city.

Read More: Population And Its Types

Some of the attributes of the population are stated below:

It is the rate of death of individuals per unit time due to different environmental changes, predation, competition and diseases.

It is the addition of new individuals per unit of population per unit time. For instance, if in a garden, there are 40 rose plants and 8 new plants are added by reproduction in a year. Then the birth rate will be 0.2 offspring per rose per year (8/40 = 0.2).

The sex ratio is the ratio of males to females in a population.

Population Density is nothing but the size of a population. It is defined as the number of individuals of a species per unit area.

A variation occurs in the size of any population and this change depends on several factors namely pressure of predator, availability of food, weather and competition. Change in population density occurs mainly due to Immigration, Natality, Emigration, and Mortality. 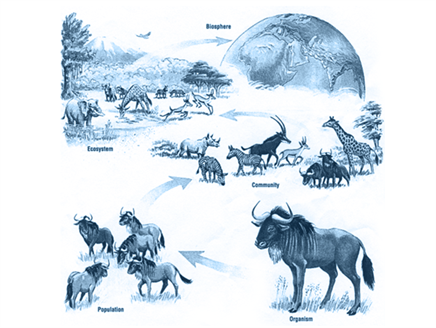 Test your Knowledge on Organism and their Environment!
Q5