Excretion In Plants And Transpiration

Elimination of toxic and waste products from the body is called excretion. Organisms like animals have an advanced and specialized system for excretion. But plants lack a well-developed excretory system like that in animals. They do not have special organs for excretion. Thus, excretion in plants is not so complex.

Excess of water is also excreted from the plant body through the stomatal pores and from the surfaces of fruits and stems. The process of elimination of water is called transpiration. 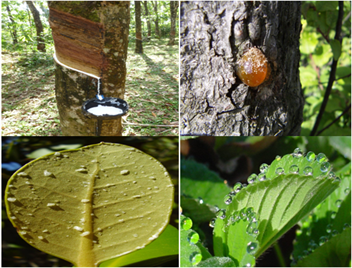 Other than gaseous wastes, metabolism in plants also generates organic by-products. These wastes are stored in different forms in different parts. The gums, oils, latex, resins, etc. are some waste products stored in plant parts like barks, stems, leaves, etc. Eventually, plants shed off these parts.

The oil produced from orange, eucalyptus, jasmine, latex from the rubber tree, papaya tree, and gums from acacia, are different forms of stored waste products. Sometimes they even excrete into the soil.  Excretion in aquatic plants takes place through diffusion.

Excretion in plants can be summarized as follows:

To know more about excretion in plants, visit BYJU’S.

Test your Knowledge on Excretion in Plants!
Q5