“Indigestion refers to pain and discomfort in the stomach associated with difficulty in digesting food.” 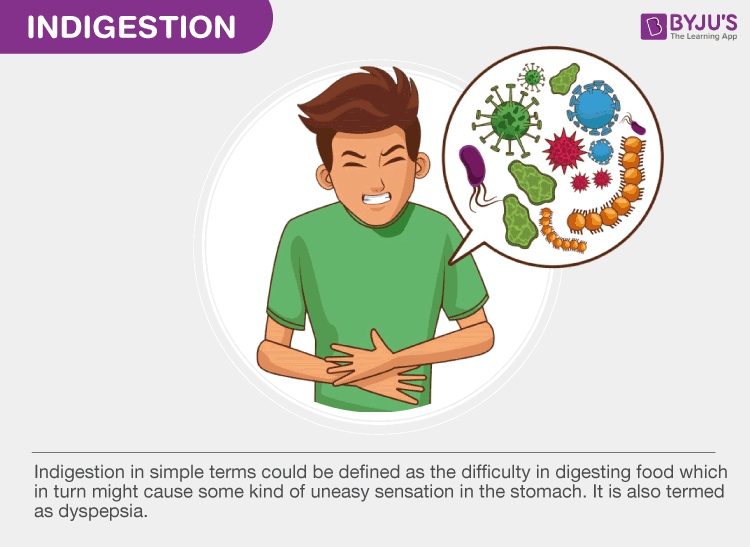 Indigestion is also known as dyspepsia. It is the term used to describe discomfort in the stomach. Burning or pain in the upper part of the stomach or an uncomfortable sensation in the belly is the result of indigestion. Indigestion is not a disease. It can, however, be a symptom of other digestive diseases.

General causes of indigestion are stated below:

It can happen to every being. Some of the symptoms include:

What is acid reflux?

It is the condition in which the digestive acids from the stomach irritate the lining of the oesophagus. It causes a burning sensation in the chest.

What is irritable bowel syndrome?

It is a disorder of the intestine which shows symptoms like nausea, abdominal cramps, bloating, diarrhoea and constipation.

What is gut microflora?

A group of microorganisms including bacteria and archaea present inside the intestine constitute the gut microflora. They are involved in the digestion of food and synthesis of certain vitamins.

Test your Knowledge on Indigestion!
Q5