The diseases causing microorganisms include bacteria, viruses, protozoa, fungi and a few variations of worms. Once they invade the host cell, they disrupt or damage the normal cellular activities. This leads to diseases on a larger scale. 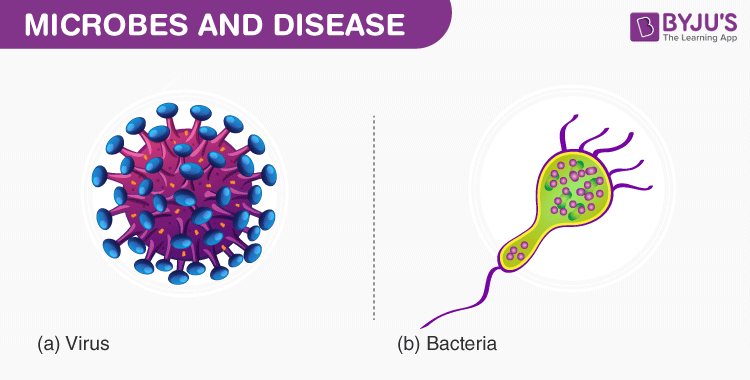 There are several diseases caused by microorganisms. Let us have a look at a few of them.

The microorganisms cause diseases in the following ways:

Viruses can be seen only through an electron microscope. They are inactive outside a living cell. Once they are inside the host body, they take over the entire cellular activities of the organism. They cannot be destroyed by antibiotics. Common cold, measles, mumps, smallpox are some of the diseases caused by viruses.

Not all bacteria cause diseases. The bacteria that infects an organism produces toxins that can cause diseases. Cholera, tuberculosis, anthrax are caused by bacteria. These can be killed by antibiotics.

Fungi can grow in damp, moist areas on the body and lead to infections such as athlete’s foot, ringworm, etc.

Following is the list of microorganisms and infectious diseases caused by them:

The sources and means of transfer of these infections are quite different. The sources through which the bacteria spread diseases is different from that of viruses. The main source of bacterial infection is contaminated food and water while viral diseases spread mainly through the air. Hence, bacterial and viral diseases are usually communicable. Other means of transfer of pathogens include direct physical contact i.e. blood transfusion, breastfeeding, sexual contact etc.

Certain pathogenic diseases are organ or tissue-specific. For example, tuberculosis affects the lungs of the individuals while jaundice causing viruses target the liver. 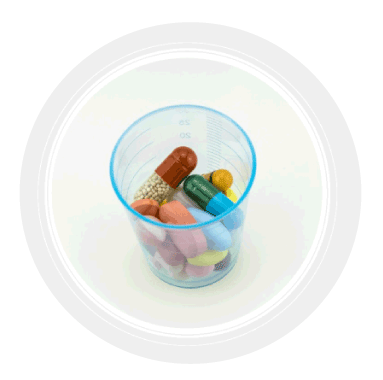 There is the quote, ‘prevention is better than cure’. Drugs like antibiotics or antibacterials are used to destroy or slow down the growth of bacteria. These antibiotics, however, are not effective for viral infections. The depth or severity of infection depends on the amount and rate at which microbes spread.

What are microbes and examples?

Microbes are tiny, microscopic organisms that live all around us and inside our bodies. Examples of microbes are bacteria, fungi, and protists.

What is the “hygiene hypothesis”?

The “hygiene hypothesis” is a theory that suggests that our immune system needs to be exposed to certain microbes during childhood for the development of the immune system.

Are microbes harmful for humans?

What are some examples of harmful microbes?

There are many different types of harmful microbes that can be transmitted through a variety of mediums. Some of the most harmful microbes known to man are Streptococcus Pyogenes, Escherichia Coli (E.Coli), Pseudomonas Aeruginosa, and

What are microbes in human body?

Microbes are tiny living beings that can be classified as bacteria, protists, or fungi. In the human body, they exist in large numbers and play a number of vital functions. However, some microbes are also known to be pathogenic and cause diseases in humans.