Parasites And Symbiosis- Relation and Diseases

“Parasitic symbiosis is a close and long-term symbiotic interaction between two organisms, where one lives in the body of the host causing it some harm.” 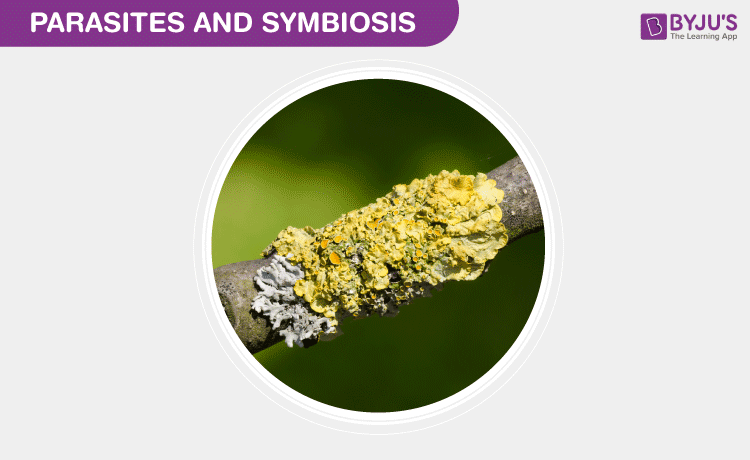 Let’s have a glimpse of parasites, symbiosis, and parasitic symbiosis along with its types and examples.

The word “parasite” is derived from the Greek word meaning, “the one that eats at the table of others”, and is estimated to be from around 5900 BC.

Parasites are an incredibly varied group of organisms that live within host cells. They are smaller than their host organism and reproduce faster by causing more damage to the host. They receive all sorts of benefits like food and shelter from the host. Their size ranges from tiny, single-celled organisms to worms over 20- 30 m in length.

For example- Tapeworms, that are flat, segmented worms, live in the intestines of animals by absorbing the host’s nutrients.

Parasitism is the type of symbiotic relationship or long-term relationship between any two species either plants or animals. Here the parasite gains benefits from the host which in turn harms the host without killing it.

Leeches, fleas, ticks, and lice are a few examples of parasites that don’t normally cause disease directly. They suck blood from the host without causing any harm to their host.

Parasites can be classified based on their size, characteristics, and relationship with the host:

These parasites may also transmit disease-causing pathogens to other species of animals.

The life of a typical parasite commonly includes certain developmental stages. During this time, the parasite goes through two or more changes in the body structure as it lives and moves through one or more hosts.

The number of parasites exceeds the number of free-living organisms, means the parasitic lifestyle has been a successful one over the years.

Following are the examples of parasitic symbiosis:

This is also known as Liver fluke. It attaches itself onto the liver and makes way to the tissue and bile.

There are different species of Plasmodium that are picked up by the mosquitoes and transmitted to different people causing Malaria.

Leeches usually depend on different animals to complete their life cycle. The animals that leeches depend upon include, freshwater fish, slugs, snails, mice bear, etc.

It can live in the human gastrointestinal tract for years. It spreads through under-cooked pork. These are more than three meters long.

Test your Knowledge on Parasites and Symbiosis!
Q5