Trapezoids are the quadrilaterals which have two parallel sides. It is also called a Trapezium in some parts of the world. A trapezoid is a four-sided closed shape or figure which cover some area and also has its perimeter. It is a 2D figure and not 3D figure. The sides which are parallel to each other are termed as the bases of the trapezoid. The non-parallel sides are known as legs or lateral sides. The distance between the parallel sides is known as the altitude. The area of trapezium is also described here.

Trapezoids can be broadly classified into three groups- 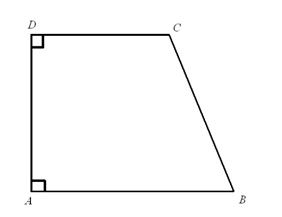 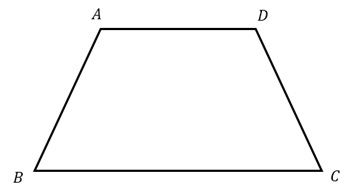 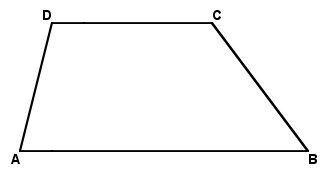 A trapezoid is a four-sided shape which has one pair of sides as parallel. It is basically a two-dimensional shape or figure similar to a square, rectangle, parallelogram. Hence, this shape also has its perimeter and area as other shapes do. Let us see the formula for its area and perimeter. Students can learn the comparison between parallelogram, trapezium and kite from here.

Area and Perimeter of Trapezoids

The area of a trapezoid can be calculated by taking the average of the two bases and multiplying it with the altitude. The area formula for trapezoids is given by-

There are certain properties of trapezoids that identify them as trapezoids-

Trapezoids are the 4-sided polygons which have two parallel sides and two-non parallel sides. It is also called a Trapezium, sometimes.

What is the area of a trapezoid?

Is trapezoid a quadrilateral?

Yes, a trapezoid is a quadrilateral who has its two sides parallel and the other two sides are non-parallel.

What are the three attributes of trapezoids?

Test your knowledge on Trapezoids
Q5