Composition and Function of Lymph in Humans

In animals and human beings, extracellular fluid (fluid outside the cell) is divided into the interstitial fluid (the fluid which exists between the tissues) and plasma. It consists of small water-soluble substances which flow in between the tissue cells. Both plasma and interstitial fluid are similar due to the continuous exchange of small solutes, water and ions across the capillary walls of the tissues.

The functions of interstitial fluid are as follows:

Let us have an overview of the composition and function of lymph in humans.

The lymphatic system comprises lymph plasma, lymph corpuscles and lymphoid organs. The composition of lymph is described below:

Lymph is the interstitial fluid. It has similar mineral content as in plasma.  It consists of less calcium, few blood proteins, less phosphorus, and high glucose concentration. Globulin proteins which are actual antibodies are found in lymph plasma. Other substances include organic and inorganic substances. The exchange of nutrients and gases between the blood and cells of tissues occurs through the lymph.

These comprise leucocytes and amoeboid cells. It contains specialised lymphocytes that are involved in eliciting immune responses in the human body.

Other Components of Lymph in Humans 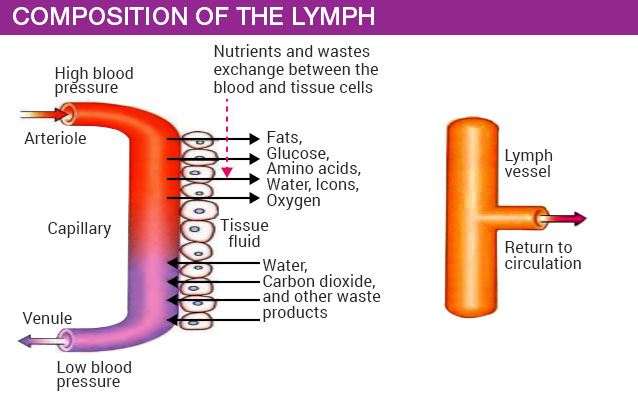 Lymph performs many important functions. A few major functions of lymph are mentioned below:

Watch the below video to learn more about blood and lymph composition in humans and important questions with explanations on the topic. 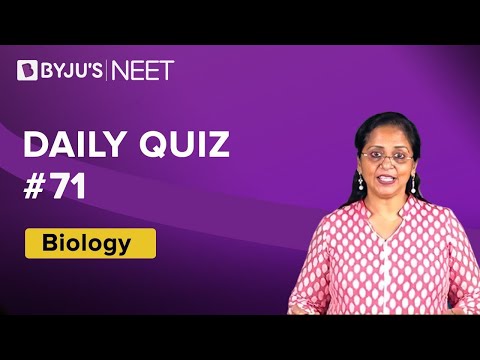 To know more about the composition and function of lymph in humans, keep visiting BYJU’S Biology.

What are the 3 lymphatic organs?

Lymphatic organs include the spleen, thymus and tonsils.

How do you know if your lymphatic system is blocked?

What is the function of the lymphatic system?

The function of the lymphatic system is to carry lymph throughout the body that contains infection-fighting white blood cells.