“Endemic species is that ecological state of a species where a species is unique to a defined geographical location.” 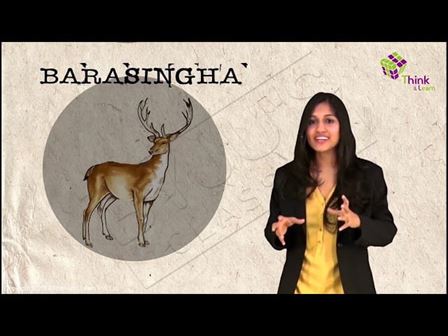 What is Endemic Species?

There are also other marsupials that are endemic only to Australia and its surrounding islands. The Tasmanian Tiger is one such animal that was endemic to Australia, Tasmania and New Guinea. But now, it is extinct. 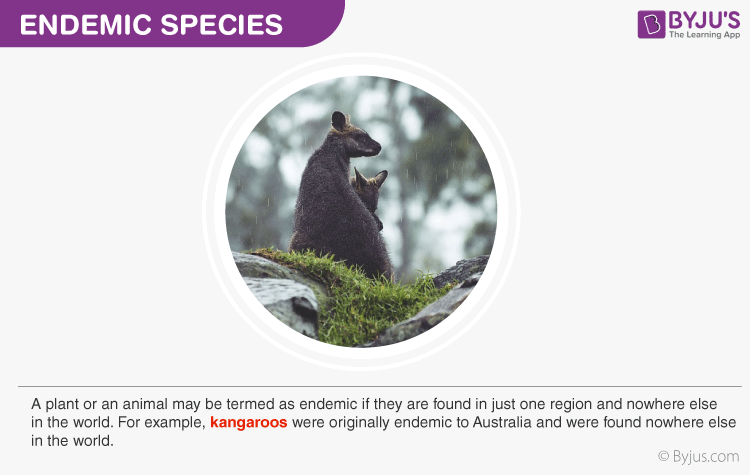 As stated above, endemic species are those which are only found in a given region or location and nowhere else in the world. However, since endemic species are unique to a particular geographical region; they are more vulnerable to extinction. As a result, special efforts may be required to conserve them.

There are several ways in which a species may come to be endemic to a particular area. A broadly distributed population may disappear from several habitats due to changes that have occurred in their natural habitat. The changes could be an influx of predators, human activities, climate change or a combination of these factors.

All other organisms of a species that were widely distributed around the world start to die out until the species becomes forcefully restrained to just one region.

For example, Endemic species, such as the tortoises of the Galápagos and the lemurs of Madagascar can be found on small islands. Big islands also provide the same isolation but on a larger scale.

In the case of endemic plants, sometimes, species become endemic due to habitat destruction. The Redwood Forest on the West Coast of the United States has become endemic as it is now almost entirely limited to California. While there was a time when Redwoods used to cover much of the United States but have been destroyed by logging and are now limited to a small conservation area.

Diseases, on the other hand, can also be endemic. An endemic disease may be geographically isolated or it may be isolated to a certain group. Malaria is an example of an endemic disease because it is mostly limited to small pockets of infection in Africa.

A list of the endemic species of India is mentioned below:

Asiatic Lion is also known as the Indian Lion and can be only found in and around Gir Forest National Park of Gujarat. These are listed as endangered species. These are one of the five big cats found in India, the others being Indian Leopards and Bengal Tigers.

It is the rarest, most threatened and endangered primate species found only in the Western Ghats of Southern India.

The purple frog, also known as the Pignose frog, is only found in the rainforests of western ghats in India. It spends most of its life underground.

It is also known as Brow Antlered Deer exclusively found in Keibul Lamjao National Park of Manipur. This park is a marshy wetland located in the southern parts of Loktak lake.

It is a wild sheep species, endangered and endemic to the Nilgiri Hills of Western Ghats.

Other endemic species of India include:

What are endemic species?

Endemic species are plant and animal species that are found in a particular geographical region and nowhere else in the world. Some species are endemic to a continent while others can be endemic to an island. E.g., Lemurs of Madagascar and Tortoises of Galapagos.

Name some endemic species of India.

Name some plant species that are endemic.

What is the difference between endemic and exotic?

How are native species different from endemic species?

A native species is not necessarily restricted to its native area. It may be found in other areas of the world as well. On the contrary, the endemic species is specific to a particular region and is found nowhere else.

What is the main risk associated with endemic species?

The main risk associated with endemic species is that they are more vulnerable to extinction. Since they are rare, the destruction of their habitats would reduce their population drastically.

How are endemic species important?

The endemic species are important to maintain a balance in the ecosystem. A balanced ecosystem purifies the environment and provides us with fresh air to breathe. When an endemic plant species becomes extinct, it takes with it around 10 to 30 endemic animal species. They are the focus for the conservation of biodiversity.

What do you mean by endemism?

Endemism is the condition of being endemic or being restricted to a particular geographical region. It describes the distribution of a group of species.