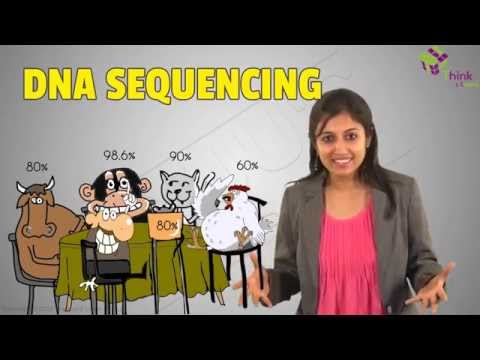 Evolution is the change in the physical characteristics of a species over numerous generations and it depend on the process of natural selection. The theory of evolution is based on the idea that all species are related and progressively changes over the time.

The evidence of evolution is one of the fundamental keystones of modern biological theory. It is the only way which can prove all the proposed theories of evolution. We have number of evidences to prove the biological evolution namely fossils, comparative anatomy and embryo development pattern.

Let us now discuss each of these in detail:

They are the remains of the non-degraded parts of living beings found within rocks. The layer from which the fossil is recovered decides the age of the fossil. The fossils found deeper down are older compared to the ones found in the upper layers. They give an idea of the condition of the earth in that specific era. The study of fossils is called palaeontology. Thus, fossils are called paleontological evidences.

It explains that many organisms have the same ancestor and many different organisms evolved as a result of natural selection or genetic drift. Two types of comparative anatomy were observed, namely homologous organs and analogous organs.

Homologous organs: These organs have the similar structure in different organisms but perform different functions. Thus, it clearly shows a common ancestry. One species gave rise to many other species. This type of evolution is called divergent evolution. For example, the limbs of human, cheetah, whale, and wings of a bat. They all have different functions but have a similar structure indicating a common ancestor.

Analogous organs: These organs have different anatomy but perform similar functions. This shows that different species evolved and adapted to a particular environment. This type of evolution is called convergent evolution. For example, the wings of different birds and bats. The wings of birds have feathers for flight whereas, bats have wings made up of streched skin and lack feathers. But, both serve the function of flight.

The embryos of various species show similar structure till a certain period of gestation. For example, the embryos of humans, pigs, reptiles, and birds show similar embryonic development. They develop into the respective species as they grow. This again shows common ancestry.

To know more about Evolution and Evidence of evolution, visit BYJU’S.

Test your knowledge on Evidence Of Evolution
Q5