Heredity and Evolution for Class 10

Heredity and Evolution are the most essential and fundamental branches of biology and are linked to each other through inheritable traits. These two terminologies help us to learn and understand about the continuity of the life cycle on the planet Earth. Both the terms are correlated to each other and without heredity, there can be no evolution. Genetics is that branch of biology that deals with the terms heredity, genes, variation, and evolution. Now, let us learn more about these two terminologies – Heredity and Evolution. 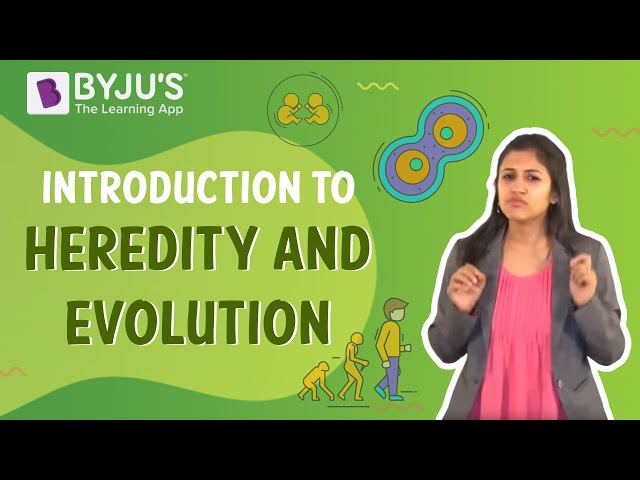 The natural phenomena of transferring traits or characteristics through genes from both the parent to their offspring are defined as Heredity. It is the tool for continuity of features from one generation to the next generations which are observed in all sexual reproduction and occurs during meiosis cell division and fertilization process.

Gregor Mendel, a German scientist, who is known as the Father of Genetics conducted many research and several experiments on pea plants to prove the inheritance of traits. According to his experiments, Laws of Inheritance can be summarized under the following categories:

How are Traits Transferred from the Parents to their Offspring?

Traits are the genetically determined characteristics which are transferred from both the parents to their offspring through the genes during the sexual mode of reproduction. DNA is the carrier of this genetic information and is found in the chromosomes of our cells.

Evolution is generally defined as the changes in the genetic features of the progeny over successive generations. Charles Robert Darwin, a naturalist, geologist, biologist, and is best known for his contributions to the science of evolution. Based on his theories and ideas on Evolution, he is considered as the father of Evolution. According to Charles Darwin’s theory, evolution takes place through the process of natural selection.

What is Darwin’s Theory of Evolution?

Charles Darwin, an English biologist, was the first person to describe the theory of evolution. In his book, On the Origin of Species, he has explained that all living organisms change their physical and anatomical structure over a long period of time to adapt to the changing environment. He also proposed that this change is by natural process and those organisms which do not adhere to it will eventually go extinct. Hence, he coined the phrase “Survival of the fittest.”

Explore more about: Darwin’s Contribution: The Theory of Evolution

Evolution helps us to better understand how a new species come into existence, how it becomes extinct, and various other aspects such as their habitats and behaviour. It can also be observed that there is an inbuilt tendency for variation during the reproduction process and these are mainly caused by the combining of genetic material from two parents and errors in DNA copying during sexual reproduction.

Important questions for You:

This was a brief introduction to Heredity and Evolution. Stay tuned with BYJU’S to learn more about genes, chromosomes, evolutions, and other related topics @ BYJU’S Biology 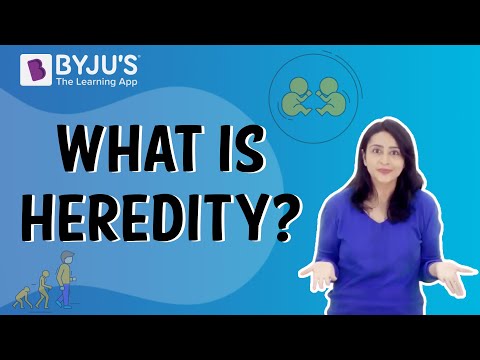 Test your Knowledge on Heredity And Evolution
Q5