On a daily basis, we come across different types of news related to extinct animals, birds, plants and other living species which had died or become extinct long before the earth evolved.

Have you ever imagined who gave this information to scientists and how they acquired knowledge about Dinosaurs, Diatoms, Woolly Mammoth and other plant species?

Yes, it is only because of the Fossils.

What is a Fossil? 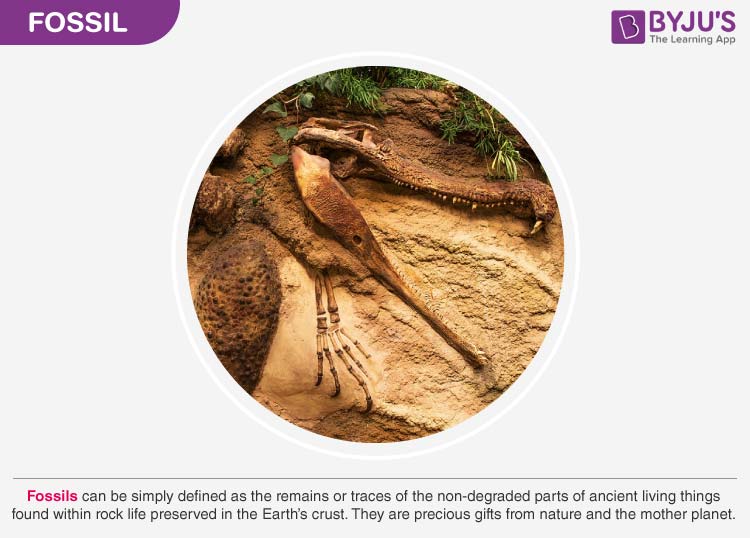 Fossils can be defined as the remains or traces of the non-degraded parts of ancient living things found within rock life preserved in the Earth’s crust. They are precious gifts from nature and the mother planet. The word Fossils was derived from the Latin language ‘”fossus” meaning “dug up,”  These fossils have been preserved by natural processes, and they include shells, bones, imprints of animals on stones, coal, exoskeletons, petrified wood, hair, oil, and DNA remnants.

Fossils can be easily divided into two distinct categories based on certain criteria:

Listed below are the six different types of fossils.

Direct Fossils: Direct fossils are those fossils, which are formed by the burial of dead living organisms and their remains (skeleton) gets preserved due to sediment and results in direct fossil.

Ichno-fossils: Ichnofossils are fossils, which are formed out of the parts that do not belong to living organisms, like nests or footprints or faeces.

Chemo-fossils: Chemo-fossils are fossils, which are made up of chemicals that have been left by the earlier life forms. They are the biological signals to provide a mean of communication to organisms.

Resin Fossils: Organisms which are trapped in the amber and which are wholly preserved for millions of years. They are in the form of bacteria and fungi and sometimes, insects can also be found.

Living Fossils: These fossils bear strong similarity with the species, which had before been identified only through the fossil record. It is the term that is generally applied for formerly undiscovered life forms.

Body fossils: It is found in the hard parts of the body, which includes the bones or claws and teeth.

Here, in this article let us know more in detail about Living Fossils.

What is a Living Fossil?

All Fossils are evidence of evolution. The term “living fossil” is mainly used for describing the similarities and differences between the living organisms and fossils of extinct specimens which virtually had unchanged structure and function.

The term living fossil was developed by an English naturalist Charles Darwin. In one of his famous books, “The Origin of Species, he has described extensively about those living creatures that have remained largely unchanged for billions of years. He also included those creatures which have not changed since their ancestors were fossilized. In his chapter on natural selection, he explained about the species and its group which is termed as aberrant.

Also refer to Darwin’s Contribution: The Theory of Evolution

Living fossils are one of the best pieces of evidence from which various living species can be proved to have common descent. If both present living and fossil creatures are similar and identical, then the older fossils are found to be similar to the present day creatures. Darwin believed that all living fossils were exceptional and strange. We can easily identify many fossils as they represent an animal that no longer exists on Earth.

According to Charles Darwin theory, these animals haven’t stopped evolving. Each and every living species has continually modified to changing environments, rising and dropping temperatures and other changes in atmospheric composition and conditions. These species have settled to their environmental controls in which they have achieved a competence peak in environments that constantly strengthen certain physicality. Some fossils show no identical features, therefore it is evident that the creature once existed. These extinct creatures are a reminder to the world which is losing other living species.

There are dozens of living fossils; here are some of the most fascinating: 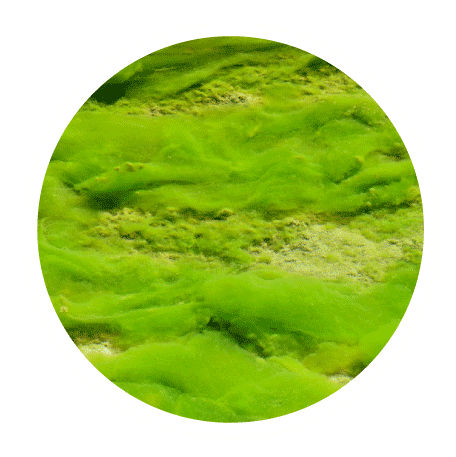 The earliest living things believed to have evolved are bacteria, algae, followed by single-celled organisms such as amoebae. Bacteria are tiny, minute, organisms which can survive in such harsh environments only by carrying out complex chemical processes.

Even though cyanobacteria are not often considered a living fossil, it is the first form of life to evolve on Earth. The strains of bacteria are one of the most successful groups of organisms on this planet that has ever seen. These cyanobacteria provide the most ancient records of life on Earth. 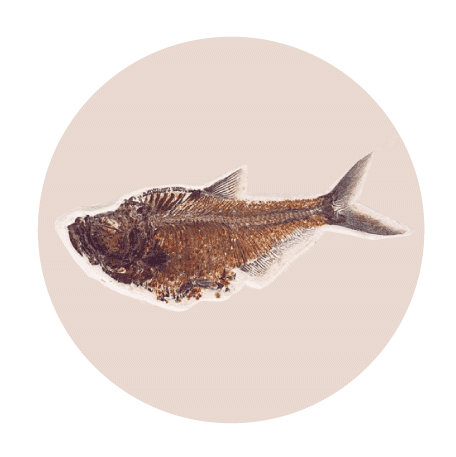 The fact which is ever seen or believed is that the chemicals can evolve into a cell, and the single-celled organism can develop into multicellular organisms. The fact that jellyfish and arthropods are discovered in layers is believed to be younger than fossil rocks and it is not evidenced that the rock organisms turned into arthropods or jellyfish.

The comb jelly which is a gelatinous animal first emerged 700 million years ago. They resemble striped jellyfish or jelly blobs which move throughout the sea with the help of cilia.

Another example of quintessential living fossils is the Horseshoe crabs. They first emerged around 450 million years ago and it resembles crustaceans, but they belong to the family of Chelicerata subphylum.

Also, refer to the Difference between Unicellular and Multicellular Organisms 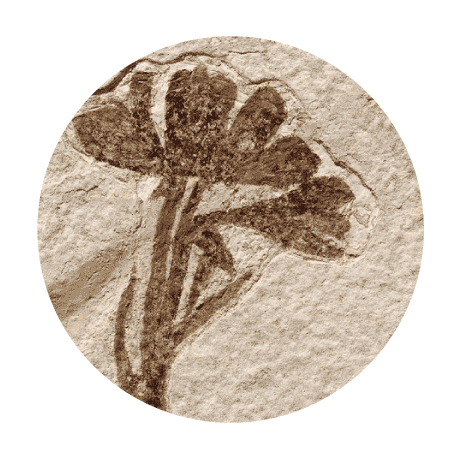 Living plants vary from small, minute mosses to large trees. The same applies to fossil plants no matter how old they are. They are recognized as plants as they have not changed; besides some have shrunk. The decrease in size and shape of trees is not evolution. The small versions are the same kind and in the same way.

The most famous living fossil tree – Wollemi pine, which is believed to be extinct, 200 million years old and as per the new discoveries, it is found that the same species is alive in Australia. A specimen of this tree was planted in Kew Gardens in 2005 by David Attenborough.

Also, refer to Getting to Know Plants