In a life cycle, a woman’s body is vulnerable to a variety of changes. The cycle of these changes in women every month, positively for pregnancy is called menstrual cycle. When an ovum is unfertilized, the uterus lining sheds and leads to hemorrhage, called menstruation. In a girl, menstruation starts from the age of 10 to 15 when she attains puberty and this beginning is known as menarche. The ending of menstruation is known as menopause which takes place at the age range of 50.

Before discussing the different phases of menstrual cycle, it is important to have a glimpse of female reproductive system and organs involved in this cycle. They mainly include:

The count of the ovum in each ovary is decided and fixed before the birth of a girl. As she reaches puberty, hormones stimulate the development and release of one ovum per month. This continues till menopause.

The menstrual cycle is divided into four phases, namely: 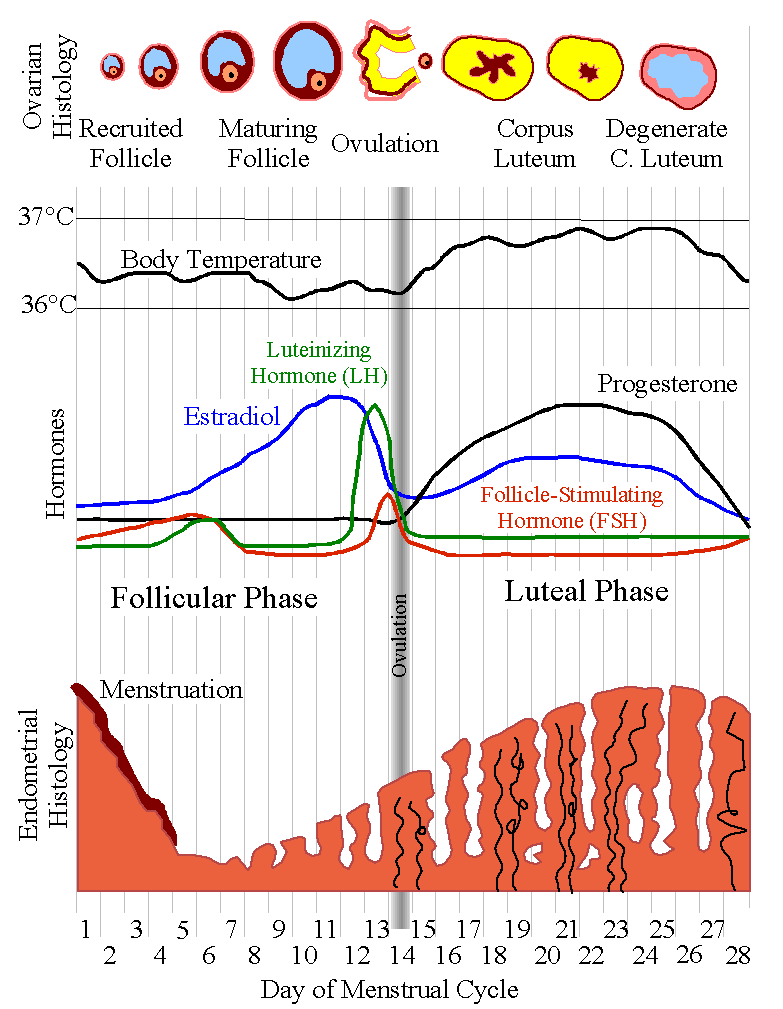 The chemical messengers in our body called hormones, released by various endocrine glands are responsible for many changes in a human body. Menstruation is a slave to certain hormones. Every phase of the menstrual cycle is influenced by a female hormones namely estrogen, progesterone, FSH and LH. The variation in the level of each of these hormones decides the phase which a girl undergoes.

We had an overview of the menstrual cycle. For detailed information, download BYJU’S-The Learning App.