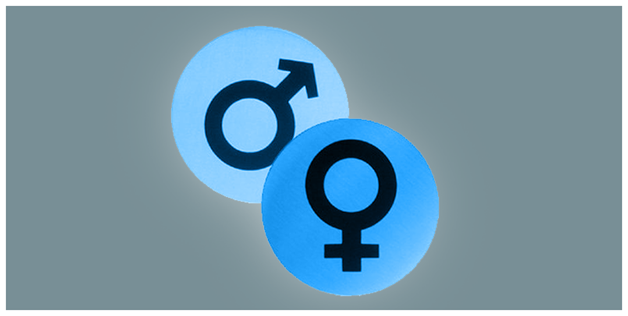 Hormones are the chemicals that are responsible for controlling and regulating the activities of certain cells and organs. These hormones are secreted by ductless glands known as endocrine glands.

Hormones are made up of either proteins or steroids, which function as messengers of the body and maintain internal balance and keep the human body in a state of homeostasis. These secreted chemicals (Hormones) are distributed throughout the body via the bloodstream.

Numerous hormones are secreted by various glands to perform various functions. For example, thyroxine is secreted by the thyroid gland and it improves metabolism.

There are several hormones in females which are naturally produced and secreted by the glands of the endocrine system. The hormones estrogen, and progesterone are secreted to influence on a woman’s reproductive health and are termed female hormones. The testosterone hormone is a male reproductive hormone, but it is also present in females in smaller quantities. Other hormones that are involved in the functioning female reproductive systems are LH, FSH, prolactin, hCG, oxytocin and vasopressin.

Although each sex hormone is identified with specific sex, but are found in both women and men.

Estrogen is the most well known female sex hormone. According to the National Women’s Health Resources Center, this sex hormone is produced in the adrenal glands, ovaries and fatty tissue. Its foremost function is to assist breast growth in puberty, help in the growth of uterus lining during the menstrual cycle and maintaining the bones strength by collaborating with vitamin D, calcium, and minerals. A little amount of estrogen is present in man’s body also.

Similar to estrogen, progesterone is also produced in the adrenal tissue and ovaries. The progesterone hormone performs its function in the second half of the cycle. It forms the uterus lining for the eggs to be implanted after ovulation. Experts noted that the production of progesterone initiates to wane after menopause in women. Low levels of progesterone could be behind symptoms like mood swings, irritability, depression, weight gain, osteoporosis, and other joint pains. Estrogen rises to be the primary sex hormone when progesterone is low and leads to estrogen dominance.

Human chorionic gonadotrophin (hCG) is another hormone that is produced naturally in women. hCG is made in the cells that make up the placenta at the time of pregnancy, This hormone is found in both urine and blood tests for pregnancy. Studies show that the levels of hCG double every third day and the reduce after the 12th week of pregnancy. The role of hCG in pregnancy is to maintain the production of progesterone that keeps the body warm and maintains the uterus lining in pregnancy.

DHEA – Dehydroepiandrosterone is also kind of a steroid hormone produced in the adrenal glands. Testosterone performs similar functions as it performs in men but to a lesser extent. In females, it increases a woman’s energy level, bones, and libido along with sexual responsiveness to stimulation. According to studies and surveys, women with higher levels of testosterone are likely to opt for a career that has higher risks mainly the economic ones.

Learn more in detail about the female hormones, types, functions and other related topics at BYJU’S Biology.

What are the roles of gonadotropins in females?

The LH and FSH are called gonadotropins. They act on the female sex organs to produce estrogen and progesterone and also stimulate ovulation.

What are considered female sex hormones?

The hormones estrogen and progesterone are considered female sex hormones.

What is the role of progesterone in males?

Progesterone is present in very lower quantities in males than in females. It is the precursor for testosterone.

What is the role of estrogen in males?

A very less amount of estrogen is produced in males. The predominant type of estrogen is estradiol and it is involved in modulating sex drive, supporting erectile function and spermatogenesis.