Mineral Riches in the Soil

The soil is the top surface layer of the earth’s crust. It is formed by the breakdown of rocks over a long period of time by various physical, chemical and biological processes. The fine particles thus obtained are called soil. Soil is mainly composed of air, water, humus, microorganisms and minerals. These enhance the quality and fertility of the soil and thereby, provide nourishment to the plants.

Read on to explore how is soil formed and the minerals involved in soil formation. 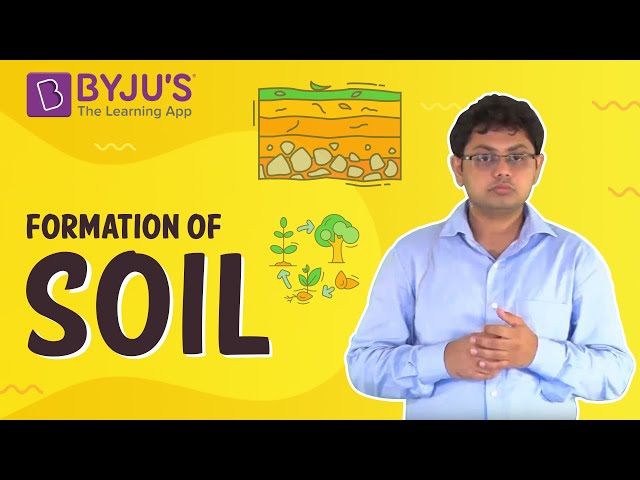 The soil is formed by the following processes:

The rocks expand by the heat of the sun. These rocks cool down and contract at night. This expansion and contraction of rocks result in the formation of cracks in the rocks. As a result, the huge rocks break into smaller pieces.

The water enters into the cracks formed due to the heating by the sun. This water when frozen widens the cracks. When rocks are in contact with flowing water for a longer period of time, it results in the wearing of the rocks. Also, the rock particles present in the flowing water, rub against the rocks and break them into smaller particles. These particles are carried by water and deposited as soil on their way.

Strong winds erode the rocks and carry the sand from one place to another.

The chemical processes include hydration, hydrolysis, oxidation, and reduction. The acidic substances derived from the decomposition of organic matter break down the complex compounds into simpler substances.

The lichens growing on the rocks release certain chemicals that break down the rock into a fine powder and form a thin layer of soil. The mosses also grow on the rock surface and further break the rock. The roots of the trees get into the cracks of the rocks and force them to widen, thereby, breaking the rocks.

The soil contains the remains of dead plants and animals called humus. It is home to a variety of microorganisms. The mineral nutrients present in the soil are determined by the rock it was formed from. These make the soil porous and aerate the soil. As a result, the quality of the soil and the soil structure is improved.

The minerals comprise 40 to 45% of the total components of soil. The most common minerals include sodium, potassium and nitrogen. The other important minerals present in soil are mentioned below:

These minerals assist in plant growth. Plants absorb these minerals from the soil through the roots. Nitrate, another important mineral resource is rich in amino acids, whereas, magnesium helps in the production of chlorophyll necessary for photosynthesis.

Explore more concepts about Mineral Riches in the Soil or any other related topics by registering at BYJU’S Biology.

How does the climate of a place affect soil formation?

How do organisms contribute to the formation of soil?

Biological weathering is done by living organisms such as lichens and bryophytes. Lichens growing on rock surfaces extract minerals from the rocks. This creates small crevices at places where a thin layer of soil builds up. Mosses grow over these crevices causing deepening of crevices and resulting in the buildup of more soil inside them. The roots of short-lived herbs also pass into them and the cracks gradually widen and cause slow fragmentation and eventually pulverisation of rocks.