An estimated 70 percent of the earth’s surface is covered with water, while the remaining 30 per cent constitutes land. The layer of the earth that is composed of soil and is influenced by the process of soil formation is called pedosphere. But what exactly is soil and what is soil made of? 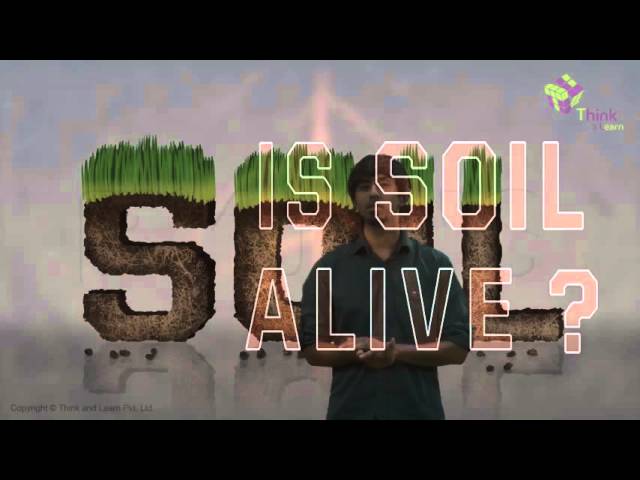 Technically, the soil is a mixture that contains minerals, organic matter, and living organisms. But broadly speaking, soil can refer to any loose sediment. Moreover, there are many types of soil that are distributed around the world and these are generally classified into the following:

Typically, the soil consists of 45% minerals, 50% empty spaces or voids and 5% organic matter. Furthermore, soil performs many important functions such as:

How is Soil Formed?

Soil is formed by weathering of rocks. Solid rock can weather away in one of the three ways into the soil, namely:

This is commonly observed near the surface of the earth. Also called physical weathering, as this process is influenced by physical forces such as wind, water and temperature.

As the name suggests, chemical weathering occurs when rocks are broken down by chemical reactions. Often, such types of weathering can change the chemical composition of the soil.

Though not an actual weathering process, living organisms weaken and subsequently disintegrate rocks, often by initiating mechanical or chemical weathering. For instance, tree roots can grow into cracks in the rock, prying them apart and causing mechanical fractures. Microorganisms can secrete chemicals that can increase the rock’s susceptibility to weathering.

The soil is composed of different components: 5% organic matter, 45% minerals, 20-30% different gases and 20-30% water. Therefore, the soil is known as a heterogeneous body. Given below is the composition of soil in detail:

Organic substance is found in very small amounts in the soil. Plants and animals are the main sources of organic matter. Depending upon the decomposition stage, the organic matter is of the following three types:

Minerals are an important element of the soil. These are solid components composed of atoms. These occur naturally and have a fixed chemical composition. Olivine and feldspar are the main minerals present in the soil.

The air-filled pores of the soil contain the gaseous components. Nitrogen and oxygen present in the pores is generally the atmospheric air fixed by the microorganisms. However, the composition of carbon dioxide is higher due to the gas produced by microorganisms present in the soil.

The soil dissolves the minerals and nutrients in the water and transports it to different parts of the plants. These are essential for the growth and development of the plant.

Soil is an important element essential for the survival of living organisms. The importance of soil is mentioned below:

Thus we see how the soil is formed, what it is composed of and how it is important to different life forms.

To know more about soil, its formation, composition and importance (along with other important concepts such as soil pollution), download BYJU’S – The Learning App.

Test your Knowledge on What is Soil? !
Q5