Before the flowering plants, the landscape was dominated with plants that looked like ferns for hundreds of millions of years. Pteridophytes show many characteristics of their ancestors. Unlike most other members of the Plant Kingdom, pteridophytes don’t reproduce through seeds, they reproduce through spores instead.

1. Pteridophytes are considered as the first plants to be evolved on land:

It is speculated that life began in the oceans, and through millions of years of evolution, life slowly adapted on to dry land. And among the first of the plants to truly live on land were the Pteridophytes.

2. They are cryptogams, seedless and vascular:

Pteridophytes are seedless, and they reproduce through spores. They contain vascular tissues but lack xylem vessels and phloem companion cells.

3. The plant body has true roots, stem and leaves:

They have well-differentiated plant body into root, stem and leaves.

The sporangium is the structures in which spores are formed. They are usually homosporous (meaning: one type of spore is produced) and are also heterosporous, (meaning: two kinds of spores are produced.)

5. Sporangia are produced in groups on sporophylls:

Leaves that bear the sporangia are termed as sporophylls. The tip of the leaves tends to curl inwards to protect the vulnerable growing parts.

7. They show true alternation of generations:

Pteridophytes show alternation of generations. Their life cycle is similar to seed-bearing plants, however, the pteridophytes differ from mosses and seed plants as both haploid gametophyte and diploid sporophyte generations are independent and free-living. The sexuality of pteridophytic gametophytes can be classified as follows:

Following are the important examples of Pteridophyta:

Pteridophyta is one of the older groups of plants present in the Plant kingdom. They have evolved much earlier than the angiosperms. They are one of the very first “true” plants to adapt to life on land.

Primary characteristics of Pteridophytes are as follows: They are seedless, vascular plants that show true alternation of generations. Furthermore, the sporophyte has true roots, stems and leaves. They reproduce by spores, which are developed in sporangia. They may be homosporous or heterosporous.

To learn more about Pteridophyta or any other related topics, please explore BYJU’S Biology. 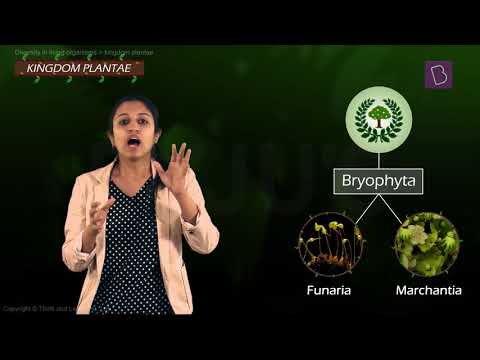 Pteridophytes are vascular plants that reproduce using spores. They do not produce flowers and seeds and hence are also known as cryptogams.

What are the three different types of pteridophytes?

The three different types of pteridophytes include:

Why are pteridophytes known as tracheophytes?

Where are pteridophytes found?

Pteridophytes are found in moist, shady and damp places. They are found in crevices of rocks, bogs and swamps, and tropical trees.

Why are pteridophytes known as “Botanical snakes”?