Difference Between Bryophytes and Pteridophytes 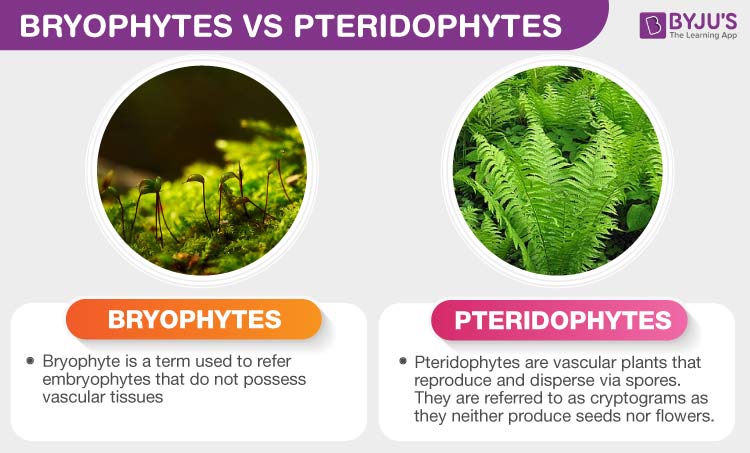 Following are the major differences between bryophytes and pteridophytes:

Bryophytes are non-vascular plants that produce flowers and seeds. Around 20,000 species of bryophytes have been found till date. They are found in moist places, but can also grow in a dry environment. They provide water and nutrients to the plants growing alongside.

Pteridophytes are vascular plants that do not produce flowers or seeds. They are also known as cryptograms. It includes diverse true ferns. They have leaves, stems and roots.

Listed above are the difference between pteridophytes and bryophytes. Both these plants are important and play an important role in maintaining ecological balance.

Test your Knowledge on Bryophytes And Pteridophytes!
Q5