What is Red Data Book?

The Red Data Book is a public document that is created for recording endangered and rare species of plants, animals, fungi as well as some local subspecies that are present in a particular region.

The Red Data Book helps us in providing complete information for research, studies and also for monitoring the programs on rare and endangered species and their habitats.

This book is mainly created to identify and protect those species which are on the verge of extinction. 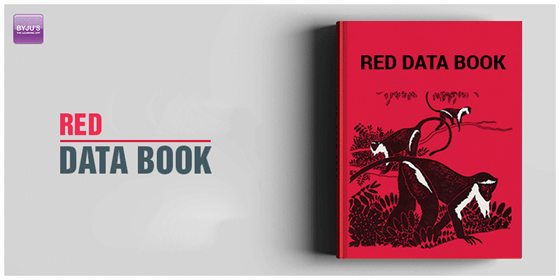 The name of this book has its origins in Russia, it was originally known as the Red Data Book of the Russian Federation or the RDBRF. The book was based on research conducted between 1961 and 1964 by biologists in Russia. Hence, it is also called the Russian Red Data Book.

The Red Data Book contains the complete list of threatened species. The main aim behind this documentation is to provide complete information for research and analysis of different species.

The Red Data Book contains colour-coded information sheets, which are arranged according to the extinction risk of many species and subspecies.

In a nutshell, the Red Data Book indexes species as:

Furthermore, The Red Data Book also has information as to why a species has become extinct along with the population trends and the extent of its range (distribution).

Advantages of the Red Data Book

Disadvantages of the Red Data Book

Red Data Book of India includes the conservation status of animals and plants which are endemic to the Indian subcontinent. The data for this book is provided through surveys which are conducted by the Zoological Survey of India and the Botanical Survey of India under the guidance of the Ministry of Environment, Forest and Climate Change.

Critically endangered mammals as per the Red Data List of India include:

Critically endangered amphibians and reptiles include:

What is a red data book?

Red data book is the document established by IUCN for documenting the rare and endangered species of plants, animals, fungi and also a few local species that exist within a state or country.

How is the red data book important?

Red data book is beneficial for providing detailed information for studies and researches. It also helps in monitoring programs on rare and endangered species. It thus helps in protecting the species that are on the verge of extinction.

The red data book is maintained by which organisation?

The red data book is maintained by the International Union for Conservation of Nature. This organization was founded in 1948 and works in the field of conservation of nature and sustainable use of natural resources.

How is the Red List different from the Red Data Book?

The red list contains only the names of the endangered species, however, the Red Data Book contains information about the species that are on the verge of extinction.

What is a green data book?

The green databook is a small pocket-sized book containing environmental data of more than 200 economies. It is based on world development indicators. Agriculture, forestry, biodiversity, pollution, and sanitation are the key indicators.

Which are the critically endangered species of India as per the Red Data List?

The critically endangered species of India are:

What are vulnerable species?

Vulnerable species are those that are likely to become endangered in the near future. Vulnerability is mainly caused due to loss of habitat.