Ringworm, also known as dermatophytosis, is a fungal infection of the skin. It can affect both humans and animals. The infection initially appears as red patches on the affected areas that later spreads to different areas of the body. It majorly affects the scalp, nails, feet, groin and beard. 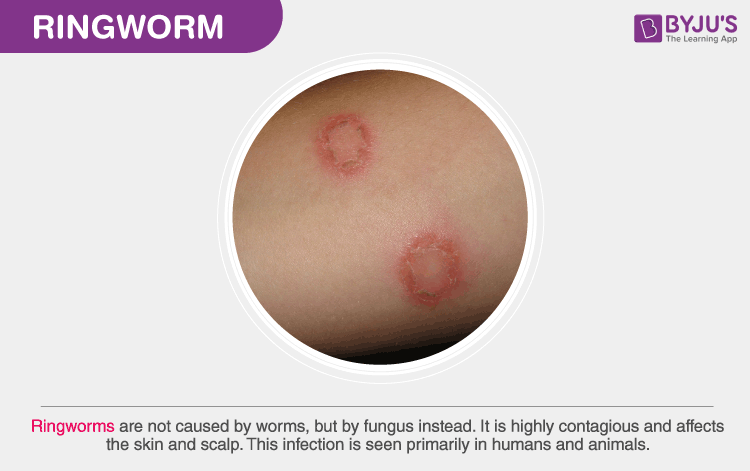 The ringworm fungus grows well in moist environment such as showers, bathroom floors and walls, swimming pools and also in between the skin folds. The vectors for this disease include pets such as cats and dogs. There are multiple forms of ringworm fungi, which affect different body parts.

Ringworm is classified based on the part of the body it affects.

Ringworm can be caused by the following ways:

Ringworm symptoms vary depending upon the site of infection. The following are the common characteristic symptoms of ringworm:

Identifying ringworm infection is very easy. It primarily depends on the location and appearance of certain abnormalities in the skin such as bumps, scaly skins etc. Below are common diagnostic procedures done by doctors to diagnose ringworms.

A variety of products to treat ringworm infections are available in the market, such as antifungal cream, lotion, and powder. Sometimes, even home remedies are very effective.

Following precautions is one of the best methods to avoid ringworms. And more than often, lifestyle choices and decisions affect how the disease is spread. For instance, obesity increases the risk of ringworm.

Ringworm is not a serious disease, but it is a sign of poor hygiene and a precursor to many other major diseases and infections.

Test your Knowledge on Ringworm!
Q5