Kerala Board SSLC Class 10 Physics 2015 Question Paper with solutions is the basis for all the questions that are asked in the Physics paper for the board exams. Students can click on the links and download the PDFs of the solved or unsolved question paper, according to their preference. For the convenience of the students, we have compiled here in this article, the clickable, interactive links, as well as the questions and answers on the web-page.

Every student who has mastered all the complex formulas and theorems from Physics will find it easy to crack the board exams. They can easily understand the type of questions that are asked in the KBPE SSLC Class 10 Physics exam with the help of these question paper solutions. Students are advised to solve the previous papers of Kerala Board Class 10 Physics before the exams. After solving the papers, they can refer to these solutions and scale their performance as well as their preparation level for the board exams. Referring to these solutions will help them to determine where they have gone wrong and how to avoid these kinds of mistakes in the board exams. Solving the papers is the best way for the students to get an overview of the exam paper design and the marking schemes. Students are also able to determine the difficulty level of the exams with the help of these question paper solutions. 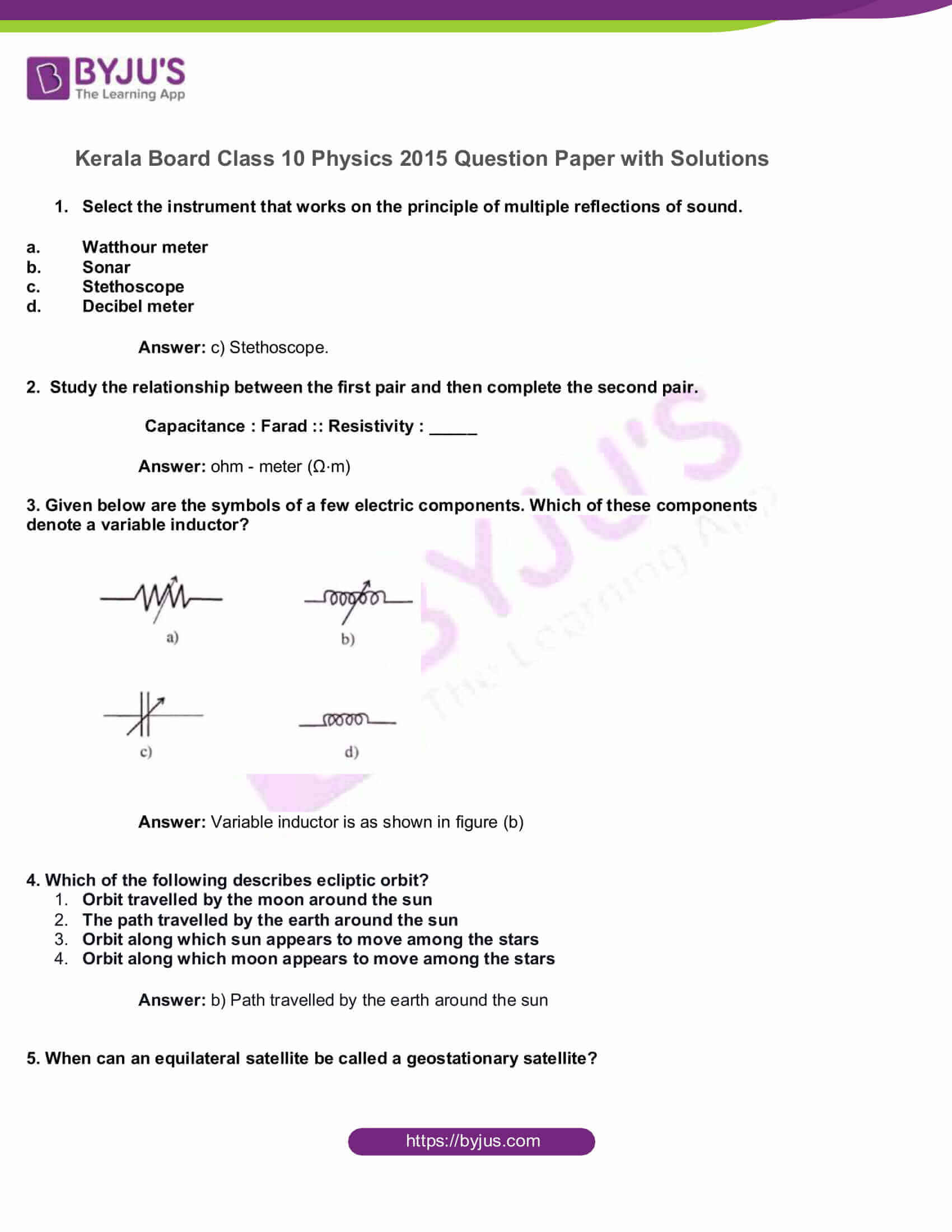 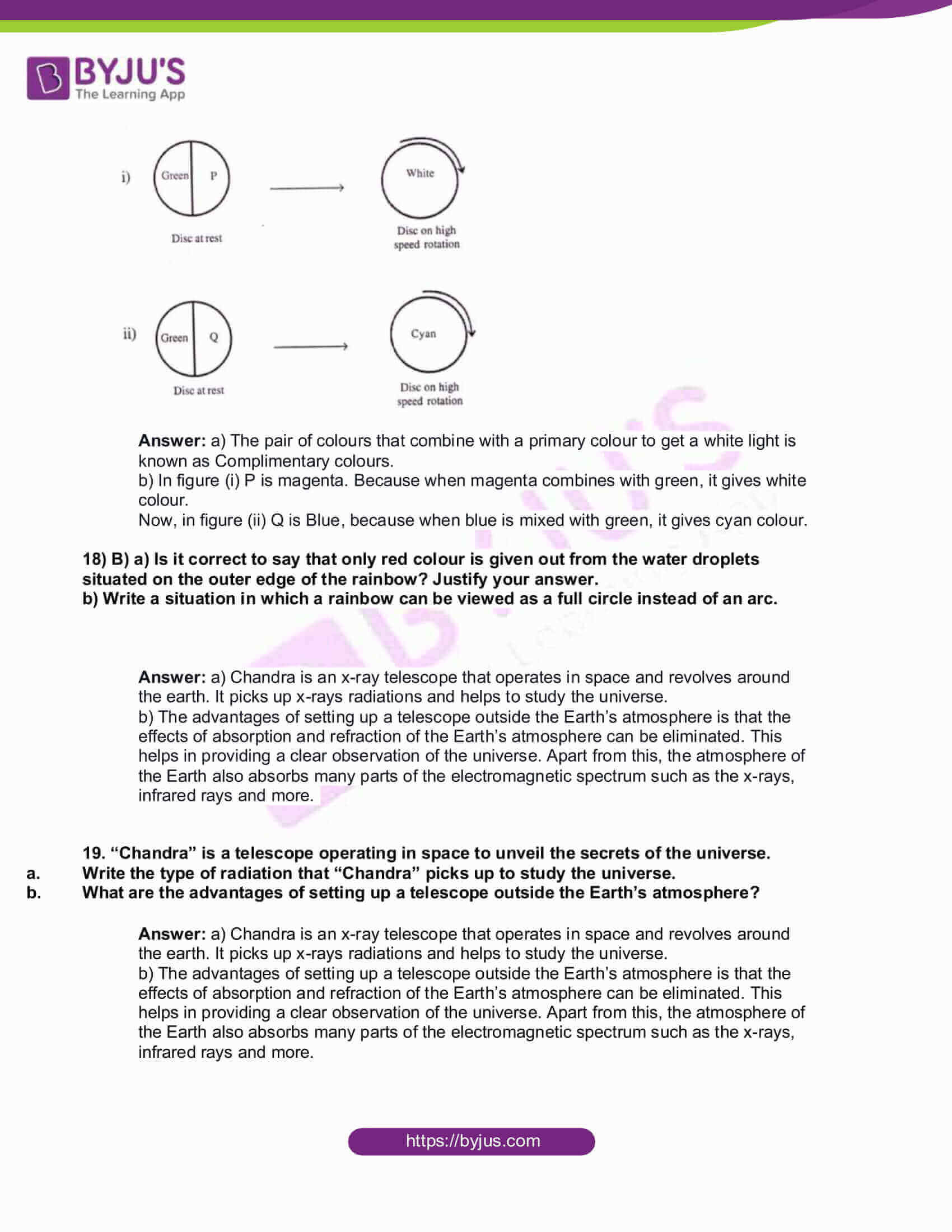 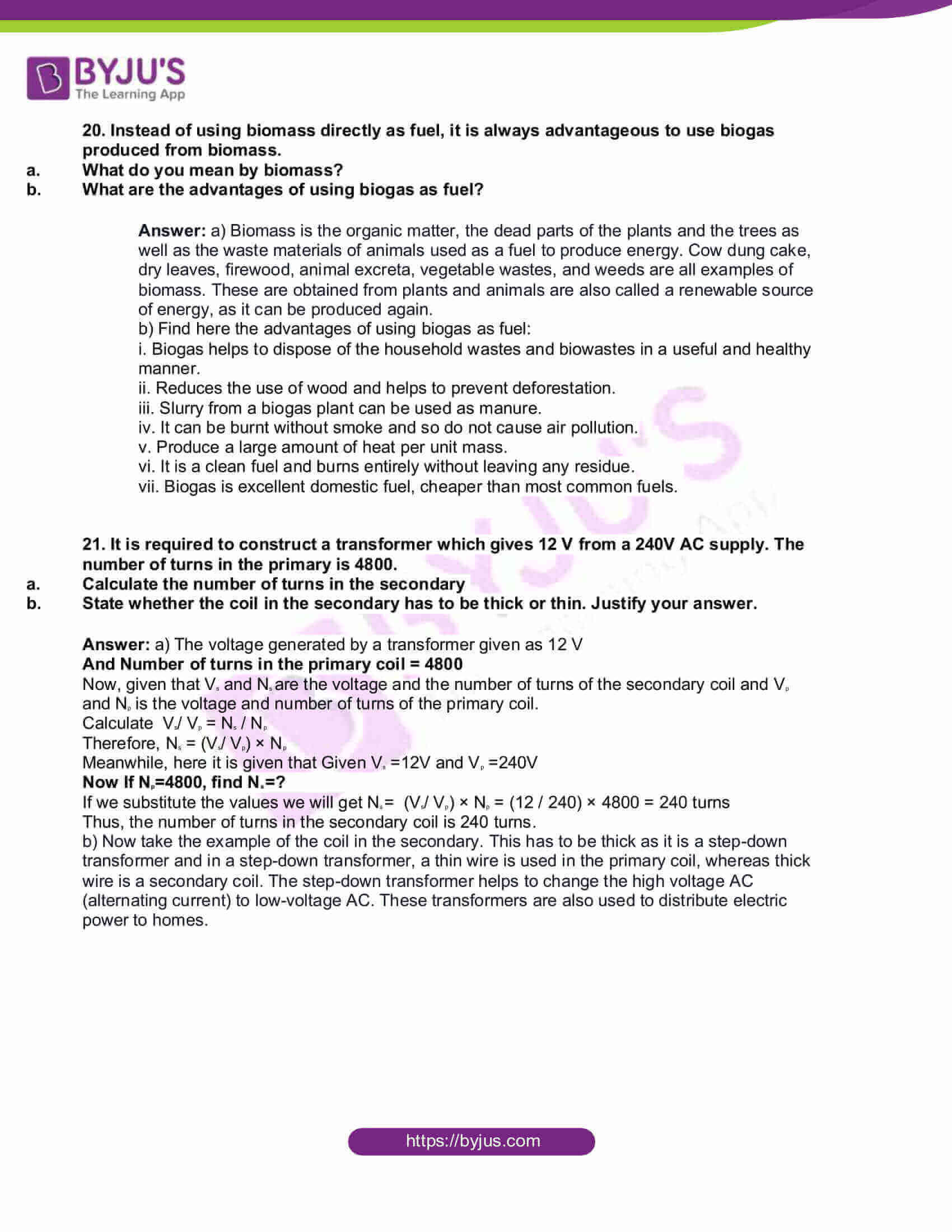 2. Study the relationship between the first pair and then complete the second pair.

3. Given below are the symbols of a few electric components. Which of these components denote a variable inductor? 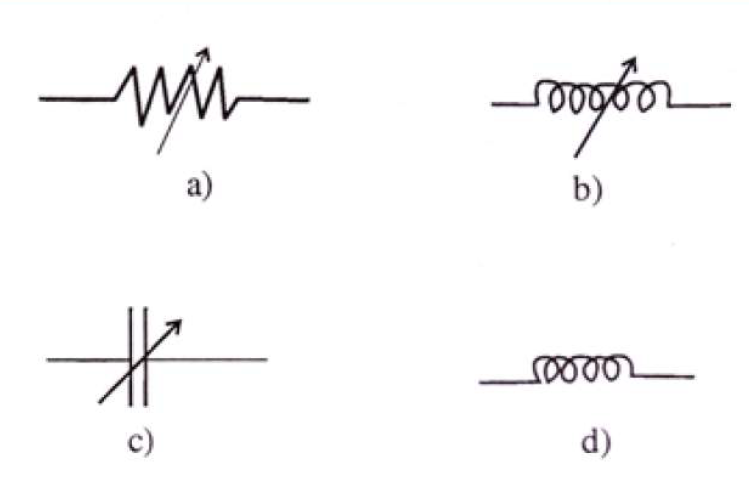 Answer: Variable inductor is as shown in figure (b)

4. Which of the following describes ecliptic orbit?

Answer: b) Path travelled by the earth around the sun

5. When can an equilateral satellite be called a geostationary satellite?

7. In the AC circuits, what is the advantage of using inductors instead of resistors?

8. A motor rated 500W, 230 V utilises 3 units of electrical energy. Calculate the time for which the motor works.

So, the motor works for 6 hours

Answer: In CFL, when the fast-moving electrons collide with the atoms of the mercury that is evaporated ultraviolet rays are produced. These invisible rays are then absorbed by the fluorescent material in the lamp and are then changed into visible light.

10. It is not safe to operate several electrical appliances simultaneously by using an adapter operating from a single point. Why?

11. In a household electric circuit,

b) Meanwhile, ELCB is the safety device used during the installation of a household circuit that helps to identify even the small amount of voltage leakage to earth. On detecting the current leakage to the earth from the circuit, ELCB cuts off power, thus preventing the damage to humans and animals caused by the electric shock due to leakage.

12. A tuning fork is excited, and its stem is pressed on a wood table.

Answer: a) The vibration that the table undergoes when a tuning fork is excited, and its stem is pressed on a wood table is known as forced vibration.

b) Resonance takes place when the natural frequency and the forced frequency of the vibrating body (tuning fork) is equal.

13. What are the advantages of using armature as the stator in a power generator?

Answer: The advantage of using armature as the stator in a power generator is that it helps to eliminate the graphite brush and thus avoid sparks.

14. State what happens to the loudness of sound in the following cases:

Answer: a) Loudness of the sound is directly proportional to the density of the medium through which it propagates. Hence, when the medium increases, the sound will be louder.

15. A) A diode is connected to the output of a transformer, as shown in the figure given below. Analyse the figure.

b) The diode functions as a rectifier in the circuit and allows only the positive voltage cycle to flow through the circuit, thus blocking the negative cycle.

15. B) When sound signals become amplified.

Answer: a) When the sound signals are amplified, the amplitude of the signals will also be larger, and so they will be louder than the original signal.

Answer: Cyan is a secondary colour of blue and green, so a blue flower will appear blue itself, in Cyan light.

17. Describe an experimental set up to show that sunlight can be split up into consistent colours and then convert it back to white light.

Answer: Using a prism, split the sunlight into its constituent colours. These can also be recombined to get white light again. For this, you can place an inverted prism beside the first one.

The steps for the experiment are given below:

First, place a prism close to a window, with its base on a table.

18 A) a) What do you mean by complementary colour?

b) Study the following figures and identify P and Q. Answer: a) The pair of colours that combine with a primary colour to get a white light is known as Complimentary colours.

b) In figure (i) P is magenta. Because when magenta combines with green, it gives white colour.

Now, in figure (ii) Q is Blue, because when blue is mixed with green, it gives cyan colour.

18) B) a) Is it correct to say that only red colour is given out from the water droplets situated on the outer edge of the rainbow? Justify your answer.

b) Write a situation in which a rainbow can be viewed as a full circle instead of an arc.

Answer: a) Chandra is an x-ray telescope that operates in space and revolves around the earth. It picks up x-rays radiations and helps to study the universe.

19. “Chandra” is a telescope operating in space to unveil the secrets of the universe.

Answer: a) Chandra is an x-ray telescope that operates in space and revolves around the earth. It picks up x-rays radiations and helps to study the universe.

20. Instead of using biomass directly as fuel, it is always advantageous to use biogas produced from biomass.

Answer: a) Biomass is the organic matter, the dead parts of the plants and the trees as well as the waste materials of animals used as a fuel to produce energy. Cow dung cake, dry leaves, firewood, animal excreta, vegetable wastes, and weeds are all examples of biomass. These are obtained from plants and animals are also called a renewable source of energy, as it can be produced again.

b) Find here the advantages of using biogas as fuel:

i. Biogas helps to dispose of the household wastes and biowastes in a useful and healthy manner.

ii. Reduces the use of wood and helps to prevent deforestation.

iii. Slurry from a biogas plant can be used as manure.

iv. It can be burnt without smoke and so do not cause air pollution.

v. Produce a large amount of heat per unit mass.

vi. It is a clean fuel and burns entirely without leaving any residue.

Answer: a) The voltage generated by a transformer given as 12 V

Thus, the number of turns in the secondary coil is 240 turns.