What is Exponential Function?

x is any real number.

If the variable is negative, the function is undefined for -1 < x < 1.

“x” is a variable

“a” is a constant, which is the base of the function.

An exponential curve grows, or decay depends on the exponential function. Any quantity that grows or decays by a fixed per cent at regular intervals should possess either exponential growth or exponential decay.

In Exponential Growth, the quantity increases very slowly at first, and then rapidly. The rate of change increases over time. The rate of growth becomes faster as time passes. The rapid growth meant to be an “exponential increase”. The formula to define the exponential growth is:

Where r is the growth percentage.

Where r is the decay percentage.

The following figure represents the graph of exponents of x. It can be seen that as the exponent increases, the curves get steeper and the rate of growth increases respectively. Thus, for x > 1, the value of y = fn(x) increases for increasing values of (n). 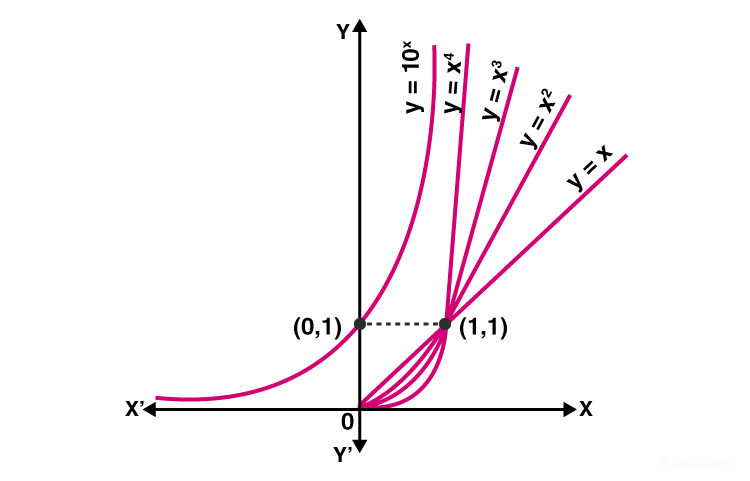 The value of this series lies between 2 & 3. It is represented by e. Keeping e as base the function, we get y = ex, which is a very important function in mathematics known as a natural exponential function. 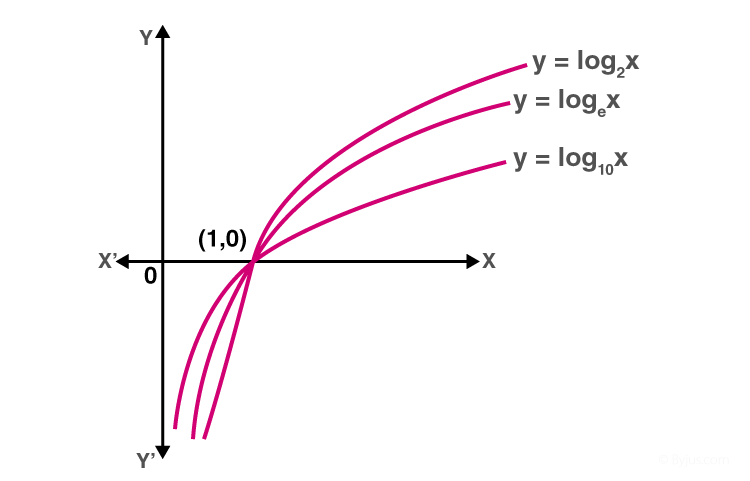 For base a = 10, this function is known as common logarithm and for the base a = e, it is known as natural logarithm denoted by ln x. Following are some of the important observations regarding logarithmic functions which have a base a>1. 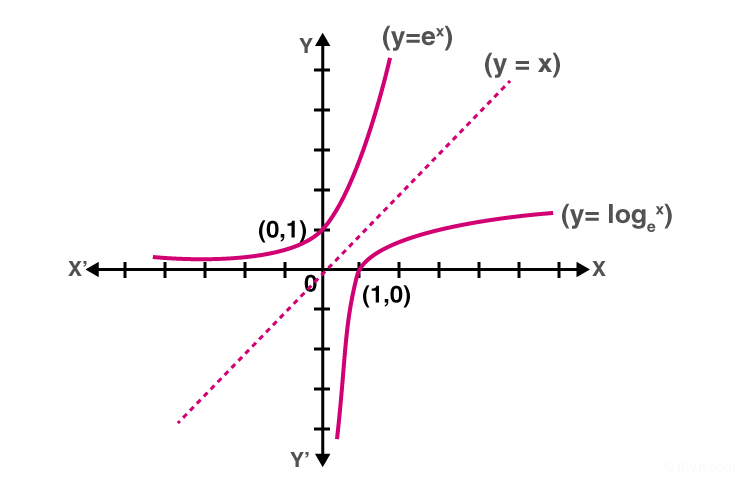 Let us now focus on the derivative of exponential functions. The graph of function y=2x is shown below. First, the property of the exponential function graph when the base is greater than 1.

The graph passes through the point (0,1).

The graph of function y=2-x is shown above. The properties of the exponential function and its graph when the base is between 0 and 1 are given.

Some important exponential rules are given below:

The examples of exponential functions are:

Thus the given equation is written as:

Now, factor out the term 2x

Therefore, the simplification of the given expoential equation  2x-2x+1 is  – 2x.