Integrals class 12, chapter 7 deals with the study of definite and indefinite integrals and their elementary properties. The development of integral calculus arises out to solve the problems of the following types:

The topics and subtopics covered under integrals class 12 Maths are:

Integration as an Inverse Process of Differentiation

Let us have a look at various antiderivative of functions. 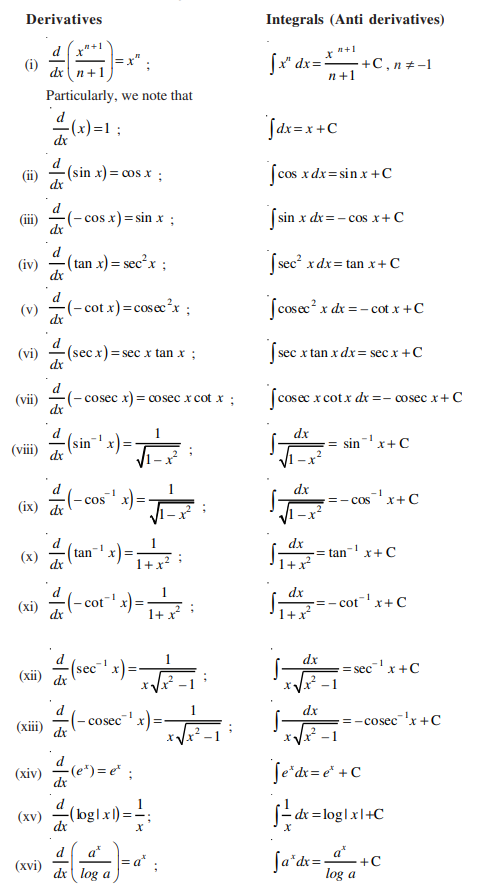 The integral calculus is of the two forms, namely

Whereas in a definite integral, the range of the function is well defined, thus it gives a well-defined function.

The integration is denoted by

Some of the important concepts of indefinite integrals are as follows:

In calculus, different methods exist to perform the integration, i.e. to find the integral of a function. These methods are used to find the antiderivatives of complex functions. They are:

Some of the important formulas to find the integrals of particular functions are given below:

For more information on each concept, download BYJU’S – The Learning App and explore exciting videos to learn with ease.