Tangent Of A Circle

Before understanding the concept of the tangent of a circle, let us understand about the circle and how the line intersects the circle in this article.

What is the Tangent of a Circle?

A tangent to a circle is a line which intersects the circle at only one point. The common point between the tangent and the circle are called the point of contact.

Given, a line to a circle could either be intersecting, non-intersecting or just touching the circle or non-touching.

Consider any line AB and a circle. There are 3 possibilities as shown in the below: 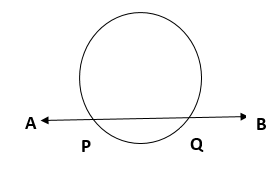 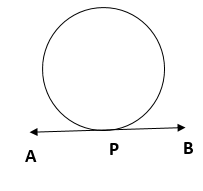 (3) Line \(AB\) does not touch the circle at any point and is referred to as a non-intersecting line. 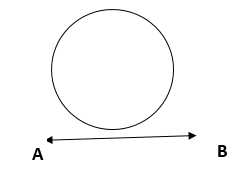 Tangent of a Circle Example

Imagine a bicycle moving on a road. If we look at its wheel, we observe that it touches the road at just one point. The road can be considered as a tangent to the wheel. 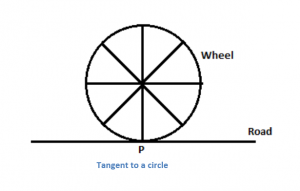 It is to be noted that there can one and only one tangent through any given point on the circle.

Any other line through a point on the circle other than the tangent at that point would intersect the circle at two points. This can be easily seen from the following figure. 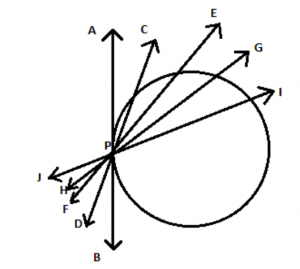 To know more about circles, tangents and its properties, log onto www.byjus.com. To watch interesting videos on the topic, download BYJU’S – The Learning App.

Quiz on Tangent of a Circle
Q5