“Deficiency diseases are diseases that are caused by the lack of certain essential nutrients, especially vitamins and minerals, in one’s diet over a prolonged period of time.” 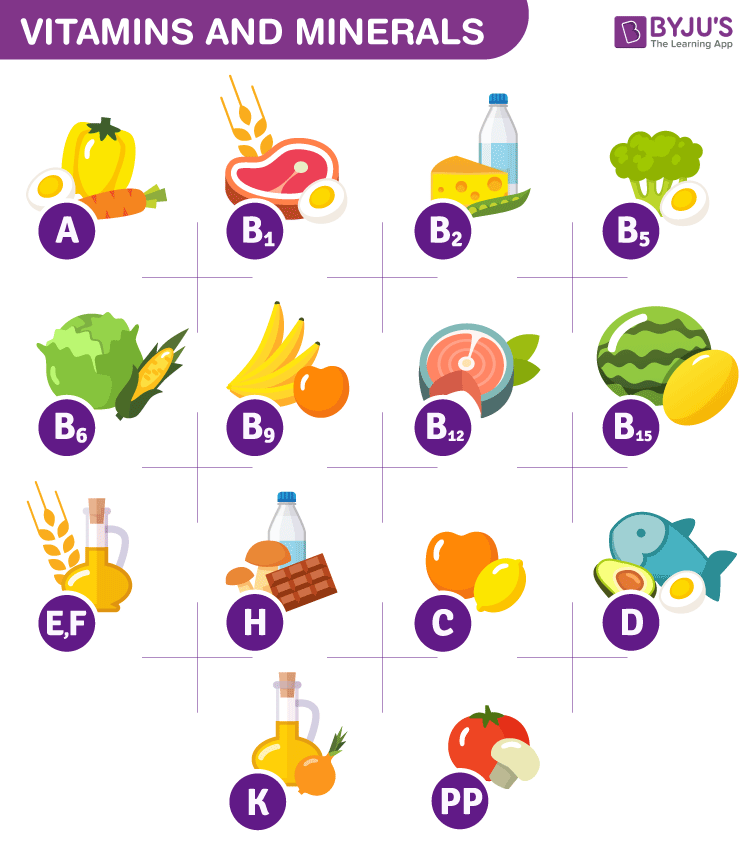 What are Deficiency Diseases?

Following is a list of major deficiency diseases that occur due to lack of essential minerals and vitamins:

Vitamin is a micronutrient that is not prepared by the body in sufficient amounts. This is the reason why it is necessary to take in from outside sources for the normal functioning of the body. Inadequate intake of vitamins results in vitamin deficiency diseases.

Following is the list of some of the vitamins and the deficiency diseases caused by them:

It is an important micronutrient that is obtained from different food sources such as carrots, spinach, milk, egg, liver and fish. It is required for normal vision, reproduction, growth and healthy immune system of an individual.

Most children below five years of age suffer from xerophthalmia, a serious eye disorder, in which the child is at risk of becoming blind. Vitamin A deficiency in a pregnant woman can lead to complications during pregnancy and childbirth.

Vitamin B can be of different types, such as Vitamin B1, B2, B12 etc. The deficiency diseases depend on the type of Vitamin B that a person is lacking.

Vitamin B1: Deficiency of vitamin B1 causes beriberi, which results in weak muscles and severe weight loss. Acute deficiency can lead to paralysis and cardiac failure.

Vitamin B6: Lack of vitamin B6 causes deficiency diseases such as anaemia and certain skin disorders such as cracks around the mouth. It can also lead to depression and nervous breakdowns.

Vitamin B12: Lack of vitamin B12 causes pernicious anaemia. Other diseases related to B12 deficiency are muscle and nerve paralysis, extreme fatigue, dementia and depression.

Deficiency of vitamin C can cause scurvy, a disease that is characterised by bleeding gums, skin spots and swelling in joints. It also affects the immune system and can even be fatal in acute conditions.

Vitamin D deficiency causes rickets, which leads to the weakening of bones, especially near the joints. It can also lead to the decaying of teeth.

Vitamin K is important for blood coagulation. Its deficiency is common in infants and leads to excessive bleeding due to the inability to form blood clots.

Minerals are inorganic nutrients that include trace elements such as copper, zinc, iodine, iron, along with the micronutrients such as calcium, potassium, magnesium and sodium.

Following is the list of a few minerals along with the deficiency diseases associated with them:

Iodine is the most important element required for the brain development of the developing foetus. It is responsible for a number of other functions such as the production of hormones. Salt is an important source of iodine in many countries. The deficiency of iodine leads to goitre.

Iron, in the form of haemoglobin, carries oxygen from the lungs to different tissues of the body. Iron deficiency causes anaemia, a condition in which the blood is unable to carry the required oxygen to the tissues, which also results in death. Around 40-60% of the infants in developing countries suffer from mental impairment due to iron deficiency. Red meat, spinach, poultry, etc. are some of the iron-rich foods.

The deficiency diseases can be prevented in the following manner:

What are deficiency diseases?

Deficiency diseases are diseases caused due to lack of any essential nutrient in the body.

How is marasmus caused?

Marasmus is caused by the deficiency of all the nutrients. It leads to loss of muscle and body weight.

What is Vitamin C beneficial for?

Vitamin C is necessary for the growth, development and repair of the body tissues. It is also known as ascorbic acid. It helps in the formation of collagen, iron absorption, wound healing and maintenance of bones and teeth.

Name some minerals important for our body.

The important minerals required by our body include: