Difference Between Antiseptic And Antibiotic 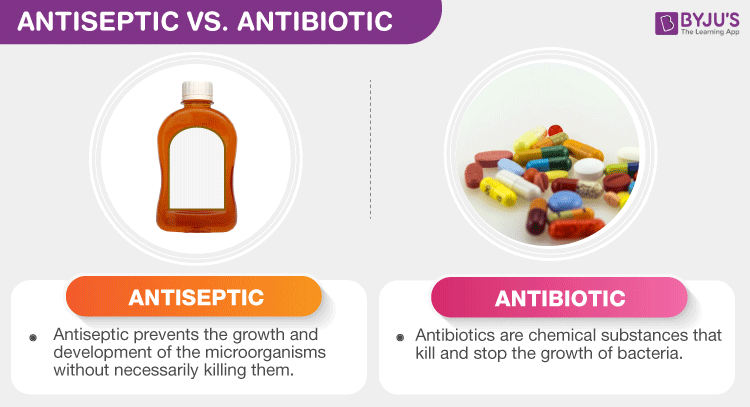 Giving proper first aid assistance immediately can help reduce a person’s recovery time and make the difference between the patient having a temporary or long-term disability. One fails to realise that there is more to first aid than just cleaning the wound and slapping a band-aid. Antiseptics and antibiotics are major components of a first aid treatment too. Antibiotic refers to a class of drugs that are administered to kill and inhibit the growth of bacteria inside the body. While antiseptic is any chemical substance that is applied topically to the living tissues to kill and inhibit the growth of a wide range of microorganisms. Both antiseptics and antibiotics are chemical particles inhibiting the growth and development of the microbes. However, antibiotics are only effective against bacteria while antiseptic opposes microbial activity. Often, both these terms are mistaken as they share a few similar traits, but they are different in many ways. Here, in the article, we discuss the various difference between antiseptics and antibiotics.

The listed were a few differences between antibiotics and antiseptics. At BYJU’S learn more differences like the difference between virus and bacteria.