Digestion and Absorption of Carbohydrates

Digestion and Absorption of Proteins

Digestion and Absorption of Lipids

Digestion is the process of breaking large, insoluble food molecules into smaller molecules for absorption into the bloodstream. This process involves the use of many digestive fluids and enzymes such as saliva, mucus, bile and hydrochloric acid, among others.

There are four primary stages of food digestion in the human body that include:

Absorption is the process of the absorbing or assimilating substances into the cells or across the tissues and organs through the process of diffusion or osmosis. Also refer: Difference between Osmosis and Diffusion

Digestion and Absorption of Carbohydrates 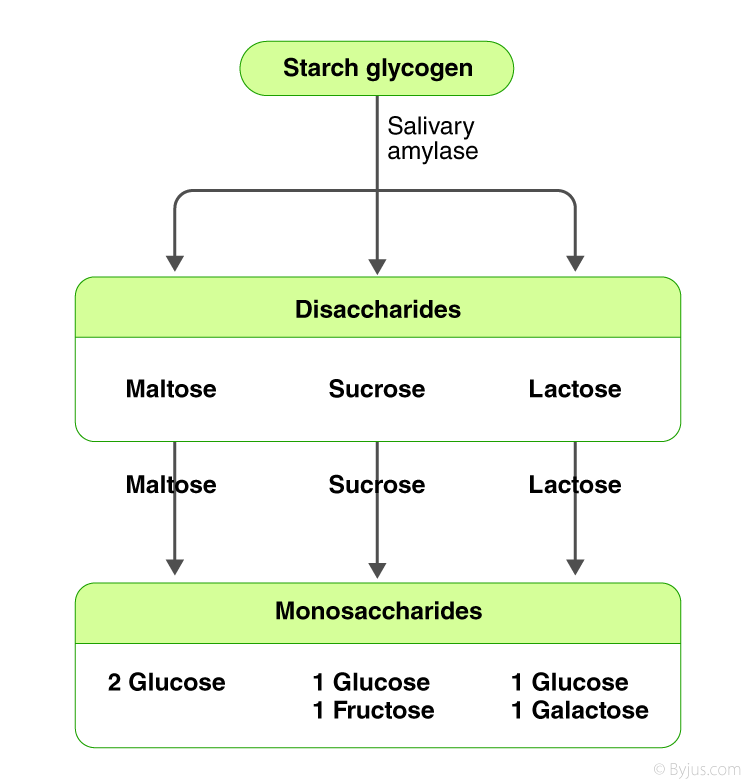 Carbohydrates are one of the essential nutrients in the human diet. There are two types of carbohydrates that can be digested by the human digestive system– sugar and starch.

Sugar is broken down in the gastrointestinal tract by the small intestine and three enzymes present in the mouth, namely, Lactase, Sucrase, and Maltase. 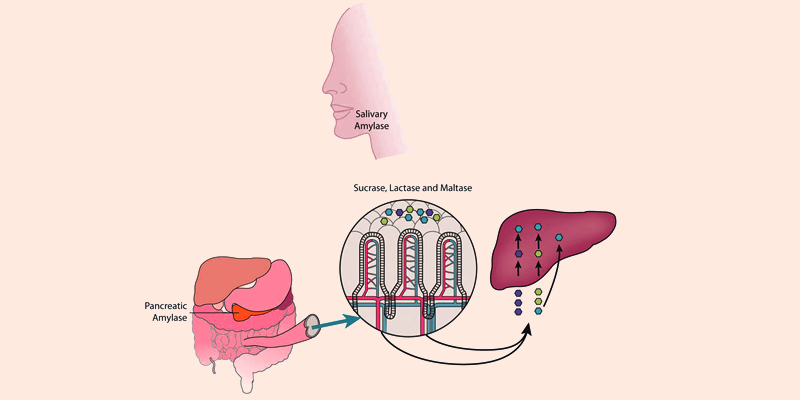 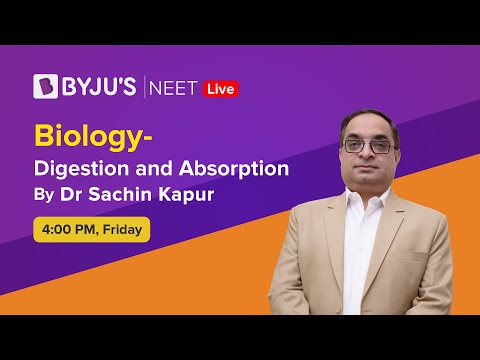 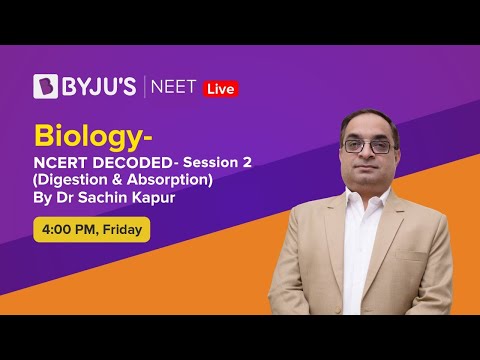 Digestion and Absorption of Proteins 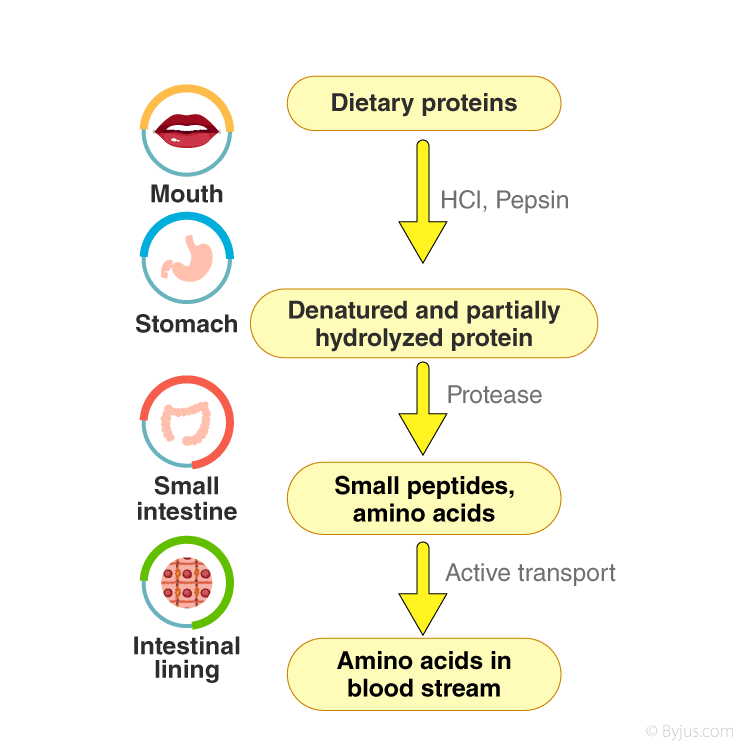 Proteins play a vital role in the growth and replenishment of body cells and tissues. The digestion of proteins takes place in the stomach with the help of protease and pepsin enzymes, which breaks down the proteins into amino acids. The process is facilitated by the hydrochloric acid present in the stomach. Amino acids are tiny elements which get absorbed into the blood system through the wall of the small intestine. Also refer: Proteins

Digestion and Absorption of Lipids

Lipids are organic compounds comprising fatty acids, which are insoluble in water. Fats are the most common examples of lipids. The insoluble property of lipids makes the digestion and absorption of fats a complicated process.

Since they are hydrophobic, fats stick together as a large glob of insoluble mass after reaching the stomach. It is broken down with the help of bile juice, which contains bile salts. These broken molecules are then acted upon by pancreatic lipase, the major fat-absorbing enzymes in the body. 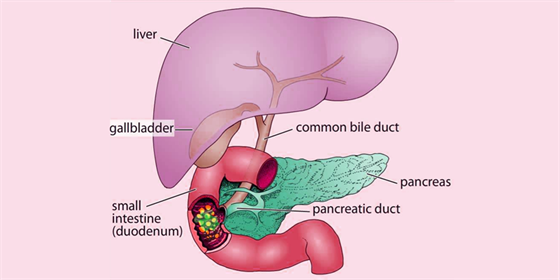 Pancreatic lipase breaks down fats into tiny molecules of free fatty acids and monoglycerides, which are small enough for the small intestine to push through into the bloodstream.

For more detailed information about Digestion and Absorption, its process or any other related topics and for digestion and absorption class 11 revision notes explore @ BYJU’S Biology.

What is protein digestion?

Protein is one of the essential compounds in our body. Human saliva contains the enzymes lipase and amylase. They mainly digest fats and carbohydrates. As soon as we start chewing, protein digestion begins. Protein digestion first breaks the complex molecule into peptides containing various amino acids and then into individual amino acids.

Where does protein digestion begin and end?

Protein digestion begins when you first start chewing and concludes in the small intestine. To produce more proteins, the body reuses amino acids.

Digestion of both starch and protein is done by the pancreatic juice. The pancreatic enzymes include lipase, which breaks down triglycerides into fatty acids and monoglycerides. Trypsin, chymotrypsin, and elastase all break down proteins. Amylase breaks down the excess complex carbohydrates into monosaccharides. Therefore, the digestion of carbohydrates, protein, and fat is unattainable without the pancreas.

How are proteins in your food digested?

How are proteins digested in small intestine?

The partially digested meal, or chyme, next passes into the small intestine, where intestinal fluids and pancreatic enzymes exist. The pancreatic juices and intestinal secretions induce several chemical reactions. These include the enzymes chymotrypsin, trypsin, and elastase, which break down the protein into smaller peptides. Carboxypeptidase, aminopeptidase, and dipeptidase break down the peptides into free amino acids, which can then enter the bloodstream. The pepsin enzyme dissolves peptide bonds and helps in the initial stages of protein digestion in the stomach.

Test your Knowledge on digestion and absorption
Q5