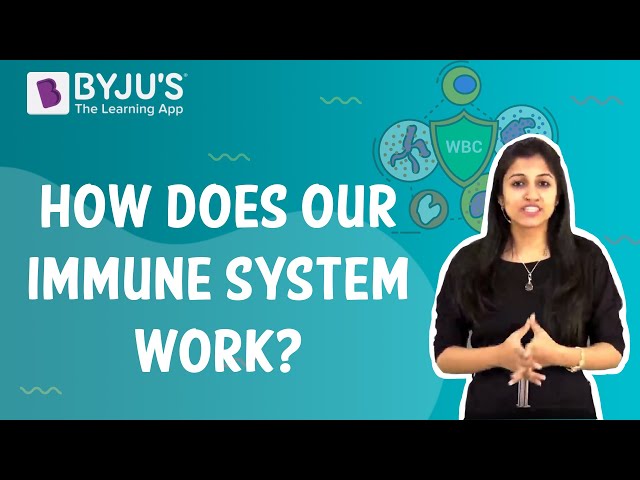 There are two major types of immunity:

This type of immunity is present in an organism by birth.

This is activated immediately when the pathogen attacks. Innate immunity includes certain barriers and defence mechanisms that keep foreign particles out of the body.

This immunity helps us by providing the natural resistance components including salivary enzymes, natural killer cells, intact skin and neutrophils, etc. which produce an initial response against the infections at birth prior to exposure to a pathogen or antigens.

It is a long-term immunity in which our body produces the antibodies on its own. Our body has few natural barriers to prevent the entry of pathogens.

The four types of barriers are:

These include the skin, body hair, cilia, eyelashes, the respiratory tract, and the gastrointestinal tract. These form the first line of defence.

The skin does more than providing us with fair or dark complexions. Our skin acts as a physical barrier to the entry of pathogens. The mucus coating in our nose and ear is a protective barrier which traps the pathogen before it gets inside.

We know that our stomach uses hydrochloric acid to break down the food molecules. Due to such a strongly acidic environment, most of the germs that enter our body along with the food are killed before the further process is carried on.

Saliva in our mouth and tears in our eyes also have the antibiotic property that does not allow the growth of pathogens even though they are exposed all day.

In spite of the physical and physiological barriers, certain pathogens manage to enter our body. The cells involved in this barrier are leukocytes (WBC), neutrophils, lymphocytes, basophil, eosinophil, and monocytes. All these cells are all present in the blood and tissues.

The cells in our body are smarter than we give them credit for. For instance, in case a cell in our body experiences a virus invasion, it automatically secretes proteins called interferons which forms a coating around the infected cell and prevents the cells around it from further infections.

Acquired immunity or adaptive immunity is the immunity that our body acquires or gains over time. Unlike the innate immunity, this is not present by birth.

The ability of the immune system to adapt itself to disease and to generate pathogen-specific immunity is termed as acquired immunity. It is also known as adaptive immunity.

An individual acquires the immunity after the birth, hence is called as the acquired immunity.

It is specific and mediated by antibodies or lymphocytes which make the antigen harmless.

The main function of acquired immunity is to relieve the victim of the infectious disease and also prevent its attack in future.

It mainly consists of an advanced lymphatic defence system which functions by recognizing the own body cells and not reacting to them.

The immune system of our body identifies the pathogens which have encountered in the past. It is mainly caused when a person comes in contact with the pathogen or its antigen.

Our body starts producing antibodies to engulf the pathogen and destroy its antigen.

When it encounters for the first time, it is called a primary response. Once a body gets used to these pathogens, antibodies are ready to attack them for the second time and are known as naturally acquired immunity.

The acquired immunity in our body has certain special features. 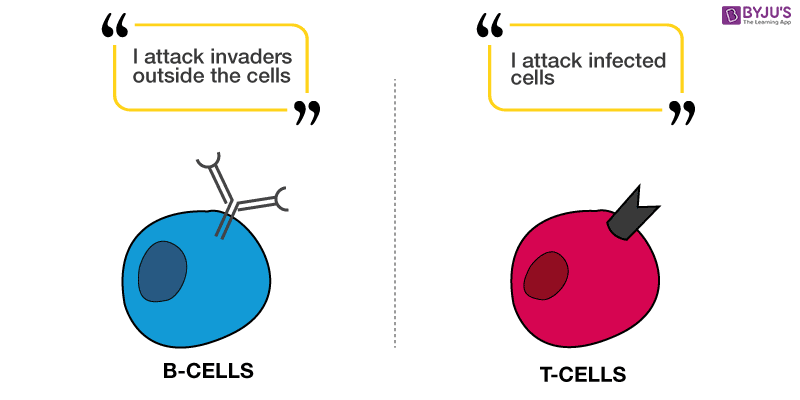 The antibodies produced by B-lymphocytes are present in the blood cells and they are transported all over the body. This is why it is called the humoral immune response as it consists of an antibody produced by the lymphocytes.

It depends upon the action of antibodies circulating in the body. When an antibody on a B-cell binds with an antigen, humoral immunity comes into play. The antigen is internalized by the B cell and presented on the helper T cell. This activates the B-cell.

The activated B cells grow and produce plasma cells.

These plasma cells release antibodies in the bloodstream. The memory B cells retain the information about the pathogen to prevent any disease caused by that pathogen in the near future.

Cell-mediated immunity is initiated by the T helper cells.

The T helper cells help to activate other immune cells. Cell-mediated immunity becomes clear in the case of transplant patients.

When any of our sense organs stop functioning, it can be transplanted to replace the malfunctioning organs. But it is not that simple with the immune response. It appears that T-lymphocytes are capable of recognizing whether tissue or an organ is from our body or foreign bodies. This is the reason why we cannot transplant and implant the organs into our body even if we find the donor with the same blood group because our body might reject the transplanted organ. The T-cells quickly recognize that the tissue or an organ as a foreign and do not allow it to become a part of the body. This is why transplant receivers have to take immunosuppressant medication for the rest of their lives. This response is controlled by the T-lymphocytes.

Active immunity occurs when we are in contact with the pathogen or its antigen.

Antigens stand for antibody generator. It is with the help of antigens released by the pathogen that our body tackles the pathogen.

What if we could immunize everyone without the need for them ever getting sick?

Biotechnology has grown tremendously in the last decade or two and now we are capable of manufacturing antibodies for diseases. These ready-made antibodies protect the body even if the body hasn’t yet experienced a primary response.

While active immunity may protect us from a disease for a lifetime, passive immunity is the more short term.

Passive immunity develops immediately and our body could begin its attack on the pathogen right away.

There are two types of passive immunity:

Sometimes the immune system attacks its own tissues and organs instead of the foreign agents. This is called autoimmunity. Type I diabetes is an example of autoimmune disease.

Vaccinating pathogenic microbes into our body deliberately produces a similar response and is termed as artificially acquired immunity.

Immunization is a process providing resistant to pathogenic microbes and other infectious diseases by the administration of a vaccine into the body. By immunization, it stimulates the body’s immune system to protect against subsequent infection or disease. 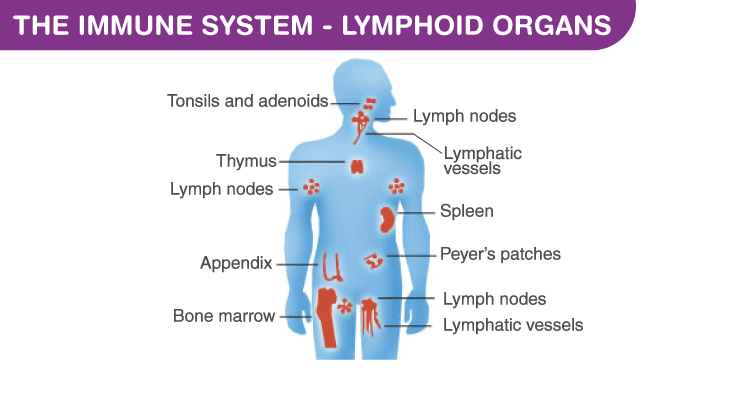 The immune system is our body’s best defensive system. It functions against infringing microorganisms and keeps us healthy.

Immunology is a branch of biology which deals with complex body functions of the immune system. The ability to tackle antigens or pathogens and being healthy is referred to as immunity.

The immune system is composed of cells, tissues, and organs that work unitedly in protecting our body. This system defends the human body from the trespassing pathogens in a variety of ways. They work based on memory, some are innate, and some are acquired. Hence, they function in allergies, autoimmunity and organ transplantation.

The most important cells involved in the immune system are white blood cells (or) leukocytes, which are involved in destroying disease-causing organisms or substances. Apart from the leukocytes, lymphoid organs, tissues, and proteinaceous molecules antibodies are also involved in the defensive system.

The organs of the immune system which are involved in defending the body against invading pathogens causing infections or spread of tumours is termed as Lymphoid organs. It includes bone marrow, blood vessels, lymph nodes, lymphatic vessels, thymus, spleen, and various other clusters of lymphoid tissue.

Lymphoid organs are the site of origin, maturation, and proliferation of lymphocytes. They exist as primary, secondary or tertiary and these are based on their stage of development and maturation.

The tertiary lymphoid organs usually contain very less number of lymphocytes. It plays an important role during the inflammation process.

This is about immunity, their types- innate and acquired immunity, B cells, T cells, Humoral and cell-mediated immune response and the immune system.

Learn more in detail about immunity, their functions and other related topics at BYJU’S Biology.

Test your Knowledge on Immunity
Q5