Photosynthesis is the biological process by which all green plants, photosynthetic bacteria and other autotrophs convert light energy into chemical energy. In this process, glucose is synthesised from carbon dioxide and water in the presence of sunlight. Furthermore, oxygen gas is released out into the atmosphere as the by-product of photosynthesis.

The balanced chemical equation for the photosynthesis process is as follows: 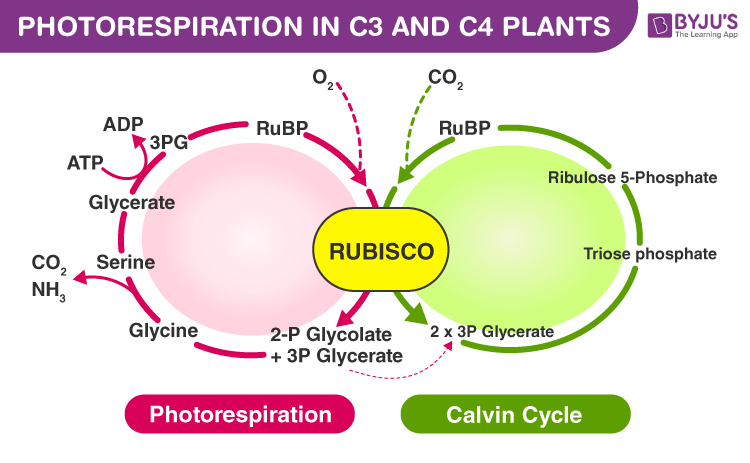 Based on the first product formed during carbon fixation there are two pathways: the C3 pathway and C4 pathway.

The Pathway of Photosynthesis

The majority of plants produce 3-carbon acid called 3-phosphoglyceric acid (PGA) as a first product during carbon dioxide fixation. Such a pathway is known as the C3 pathway which is also called the Calvin cycle.

In the first step, the two molecules of 3-phosphoglyceric acid (PGA) are produced with the help of the enzyme called RuBP carboxylase. Later in the second and third steps, the ATP and NADPH phosphorylate the 3-PGA and ultimately produces glucose. Then the cycle restarts again by regeneration of RuBP.

Beans, Rice, Wheat, and Potatoes are an example of plants that follow the C3 pathway

Every photosynthetic plant follows Calvin cycle, but in some plants, there is a primary stage to the Calvin Cycle known as C4 pathway. Plants in tropical desert regions commonly follow the C4 pathway. Here, a 4-carbon compound called oxaloacetic acid (OAA) is the first product by carbon fixation. Such plants are special and have certain adaptations as well.

The C4 pathway initiates with a molecule called phosphoenolpyruvate (PEP) which is a 3-carbon molecule. This is the primary CO2 acceptor and the carboxylation takes place with the help of an enzyme called PEP carboxylase. They yield a 4-C molecule called oxaloacetic acid (OAA).

Eventually, it is converted into another 4-carbon compound known as malic acid. Later, they are transferred from mesophyll cells to bundle sheath cells. Here, OAA is broken down to yield carbon dioxide and a 3-C molecule.

The CO2 thus formed, is utilized in the Calvin cycle, whereas 3-C molecule is transferred back to mesophyll cells for regeneration of PEP.

Corn, sugarcane and some shrubs are examples of plants that follow the C4 pathway. Calvin pathway is a common pathway in both C3 plants and C4 plants, but it takes place only in the mesophyll cells of the C3 Plants but not in the C4 Plants.

To know more about C3 and C4 pathways in plants, visit BYJU’S. 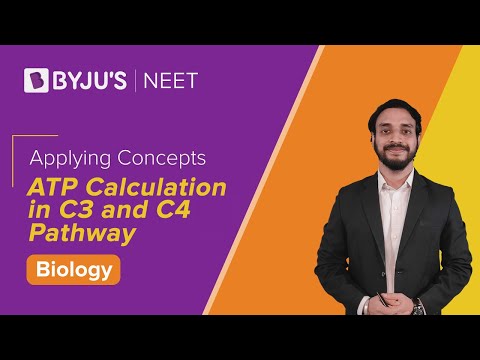