Role of Microbes in Food Processing 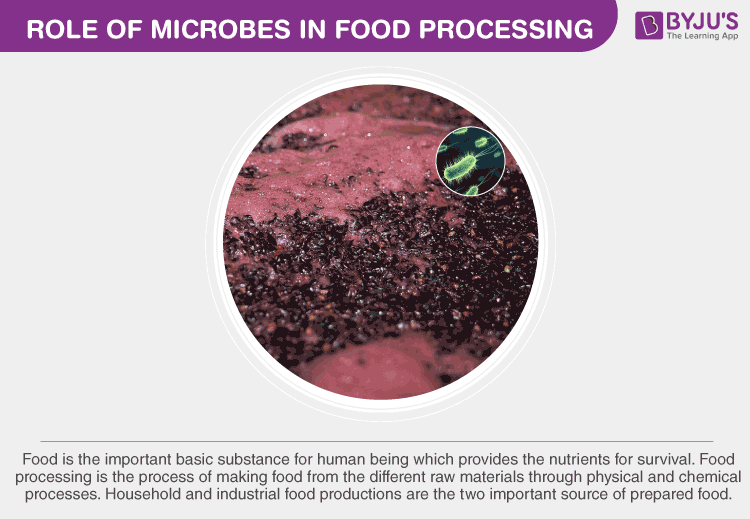 Food is an important basic substance for human being which provides the nutrients for survival. Food processing is the process of making food from different raw materials through physical and chemical processes. Household and industrial food productions are the two important sources of prepared food.

Some of the microorganisms are involved in food processing and preservation in household and industrial food production.

Household foods are produced by the family members for their own consumption.  Some of the microorganisms like bacteria and fungi play a variety of roles in the formation of household food.

Saccharomyces cerevisiae is a type of yeast used for making bread in the household as well as food processing industry.

Microorganisms are also used to prepare some traditional drinks like Toddy.

In addition to these, most common food like dosa and idly are prepared from fermented rice by some bacteria.

In industrial food production, microorganisms play a critical role in the manufacturing of a variety of food substance.

Stay tuned with BYJU’S to learn more about Role of Microbes in Food Processing.

Test your Knowledge on Role of Microbes in food processing!
Q5