Difference between Sexual and Asexual Reproduction

Living organisms, which include humans, animals, plants, algae, fungi and other microorganisms reproduce as a law of nature, a means of ensuring the survival of the species and in the context of evolution. There are two major classifications of reproduction: sexual and asexual reproduction.

Let us have a look at the difference between sexual and asexual reproduction.

Asexual reproduction spans a variety of methods. The simplest single-celled organisms such as archaea, and bacteria, reproduce by binary fission. In this process, the cells simply divide in half, creating a clone of the parent. This method also holds the benefit of being very quick and energy-efficient. For example, bacteria that reproduce by binary fission can give rise to progeny every few hours. Multiple fission also exists, in which an organism splits into more than one offsprings. Certain species of algae and protozoans exhibit multiple fission.

While in multicellular organisms, a similar method called fragmentation is observed. In this process, small pieces break off and grow into new organisms. Another method involves budding, which produces a completely new organism and remains attached to the original body or develops from the original body. A common thread in all this is that the offspring is a direct clone of the parent. The purpose of reproduction, as we’re well aware, is to propagate one’s own genes. Evolutionarily, asexual reproduction is a good bet for the species. It is quick, simple and the genes of the parent will not be diluted by those of another individual. Also, an organism that reproduces asexually can reproduce about twice as fast as one that reproduces sexually. 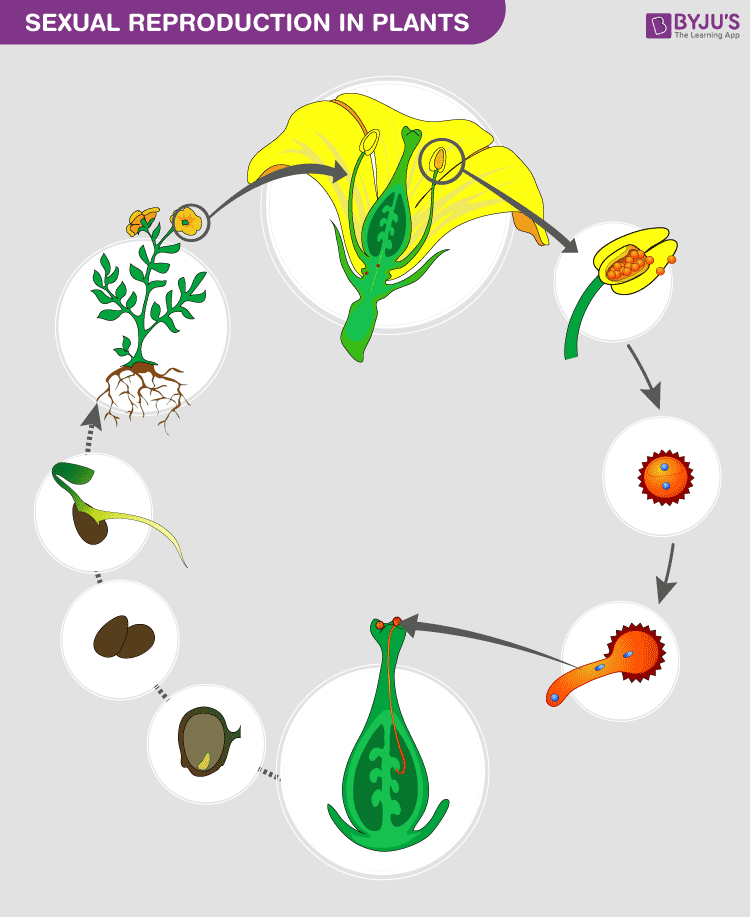 One must understand that sexual reproduction is a lot more complex than asexual reproduction. It includes the production of gametes, which have half the number of chromosomes compared to all other cells in the organism. They are produced by the process of meiosis, which produces haploid cells from diploid cells. There occurs crossing over and recombination of genes. Switching from chromosomes to chromosomes is a good way to ensure that the genes will remain active in a given population. Besides these, factors like gestation period also play an important role in sexual reproduction. The gestation period is the time required for the foetus to fully develop either internally (like in the mother’s womb) or externally (like an egg).

Difference between Sexual and Asexual Reproduction

The differences between sexual and asexual reproduction are as follows:

What are the advantages of asexual reproduction?

Asexual reproduction has the following advantages:

What are the different types of asexual reproduction?

The different types of asexual reproduction include:

What is vegetative propagation?

Test your knowledge on Sexual And Asexual Reproduction
Q5