Fertilization and implantation are the most critical events in the reproduction process. In this process, both egg and sperm are fused together to form a zygote. Later it gets implanted into the uterus and the development of an organism.

Let us have a look at how fertilization in humans takes place. 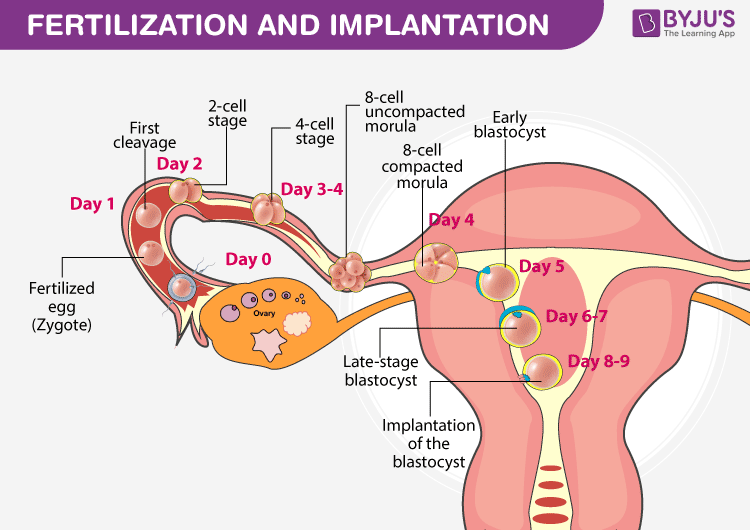 “Fertilization in humans refers to the fusion of male and female gametes that facilitates the development of a new organism.”

Fertilization is the natural life process, which is carried out by the fusion of both male and female gametes, which results in the formation of a zygote. In humans, the process of fertilization takes place in the fallopian tube.

The secondary oocyte releases from the matured Grafian follicle of the ovary and enters into the fallopian tube, where it is fertilized within 24 hours, after which it is released from the ovary.

Both sperm and egg can show their vitality only to a limited period. Sperm is alive for 48-72 hours in a female reproductive system, whereas the egg can be fertilized for 24 hours before it is released.

Steps of Fertilization in Humans

The fertilization process in humans takes place in several stages involving both the chemical and physical events. The different stages of fertilization in humans are mentioned below:

After the entry of the sperm, the suspended second meiotic division is completed by the secondary oocyte. This gives rise to a haploid ovum and a second polar body.

The head of the sperm containing the nucleus detaches from the entire sperm and is known as male pronucleus. The tail and the second polar body degenerates. The nucleus of the ovum is known as female pronuclei.

The male and female pronuclei fuse and their nuclear membranes degenerate. The fusion of the chromosomes of male and female gametes is called karyogamy. The ovum is now fertilized and is known as a zygote.

The entry of sperm triggers the metabolism in the zygote. Consequently, protein synthesis and cellular respiration increase.

Once fertilization happens, the cell starts to divide and multiply within 24 hours in the fallopian tube. This detached multi-celled structure is called a zygote. Later, after 3-4 days it travels to the uterus and now we call it as an embryo.

The embryo develops and undergoes various stages and gets attached to the endometrial layer of the uterus. This process of attachment is known as implantation. 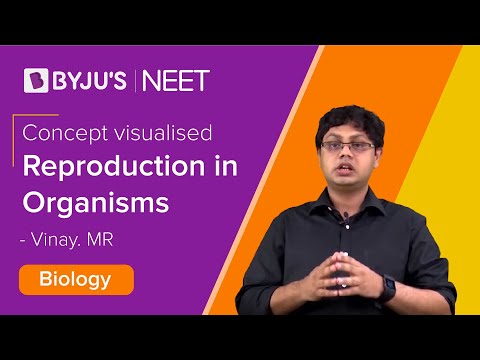 Fertilization is the process in which a new cell is formed when two gametes (sex cells) –sperm and ova fuse together. During this unbiased event, all genetic information is transferred from both the parents to their child and the gender of the child is determined.

For more information on Fertilization and Implantation, and steps of fertilization in humans or any other related topics, explore @ BYJU’S Biology

What is the human fertilization?

The fusion of male and female gametes occurring in the ampulla of the fallopian tube is known as fertilization in humans.

How long does it take for the egg to get fertilized?

The egg is alive for about 12-24 hours after its release from the ovary. If it is not fertilized by this time, it disintegrates and is shed off by the uterine lining.

How long does sperm live?

The sperm stays alive for about 72 hours. The sperms swim upwards to the fallopian tube to fertilize the egg. The faster the sperm swims, the earlier it reaches the egg.

What are the different phases of fertilization?

The different phases of fertilization include- penetration, where the sperm releases acrosomal enzymes to penetrate inside the egg; activation, where the egg membrane depolarizes; and fusion of nuclei and formation of zygote.

What is the sole purpose of fertilization?

The main purpose of fertilization is to combine the haploid chromosome sets of two individuals into a single diploid cell known as the zygote which is the result of activation of the egg.

What are the different types of fertilization?

What would happen if fertilization does not occur?

If fertilization does not occur, there will be no zygote formation and egg will degenerate and shed through the uterine lining.

Implantation is the stage where the embryo adheres to the wall of the uterus.

Test your Knowledge on Fertilization And Implantation!
Q5