The Resolving Power Of A Microscope And Telescope

What is Diffraction Limit?

When a point object is imaged using a circular opening (or aperture) like a lens or the iris of our eye, the image formed is not a point but a diffraction pattern. This is true, particularly when the size of the object is comparable to the wavelength of light.

Just as in single slit diffraction, a circular aperture produces a diffraction pattern of concentric rings that grow fainter as we move away from the center. These are known as Airy’s discs. 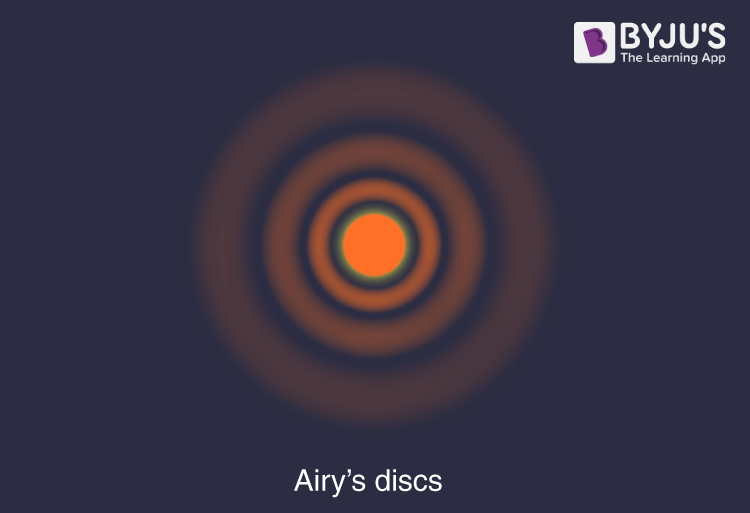 Because of this point sources close to one another can overlap and produce a blurred image. The half-angle θ subtended by the first minimum at the source is given by the relation:

To obtain a good image, point sources must be resolved i.e., the point sources must be imaged such that their images are sufficiently far apart that their diffraction patterns do not overlap. For this, the minimum distance between images must be such that the central maximum of the first image lies on the first minimum of the second and vice versa. Such an image is said to be just resolved. This is the famous Rayleigh criterion.

The criterion is given by the above formula as: 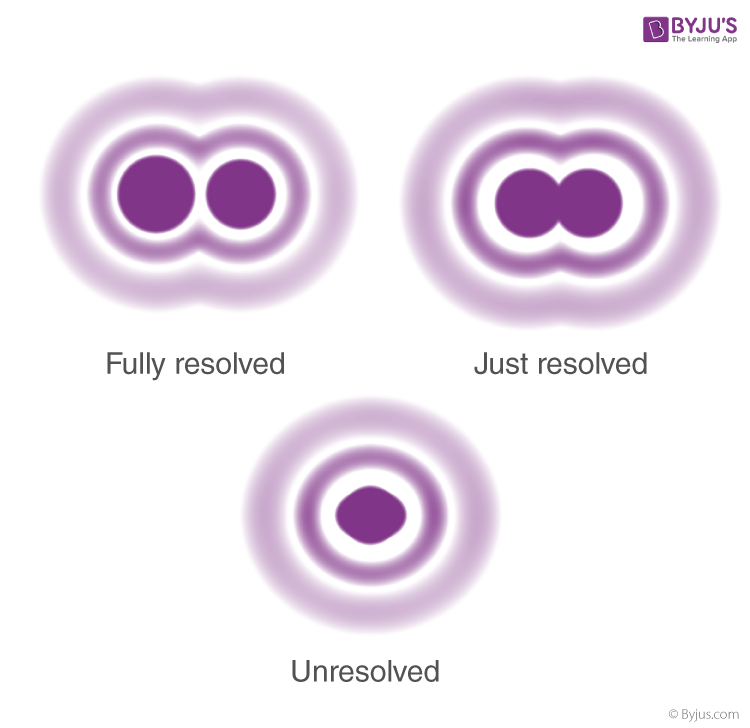 It is defined as the inverse of the distance or angular separation between two objects which can be just resolved when viewed through the optical instrument.

In telescopes, very close objects such as binary stars or individual stars of galaxies subtend very small angles on the telescope. To resolve them we need very large apertures. We can use Rayleigh’s to determine the resolving power. The angular separation between two objects must be

Thus, the higher the diameter d, the better the resolution. The best astronomical optical telescopes have mirror diameters as large as 10 m to achieve the best resolution. Also, larger wavelengths reduce the resolving power, and consequently, radio and microwave telescopes need larger mirrors.

For microscopes, the resolving power is the inverse of the distance between two objects that can be just resolved. This is given by the famous Abbe’s criterion given by Ernst Abbe in 1873 as

Where n is the refractive index of the medium separating object and aperture. Note that to achieve high-resolution n sin θ must be large. This is known as the Numerical aperture.

The limit set by Abbe’s criterion for optical microscopy cannot be avoided. However, using different fluorescence microscopy techniques the, Abbe’s limit can be circumvented. Stefan Hell used a technique called Stimulated Emission Depletion (STED) and the duo Eric Betzig and W.E. Moerner used superimposed images using green fluorescent proteins to bypass the resolution limit and obtain optical images in never before seen resolution. All three were awarded the 2014 Nobel Prize in Chemistry for their pioneering work.

Test Your Knowledge On Resolving Power Of Microscopes And Telescopes!
Q5