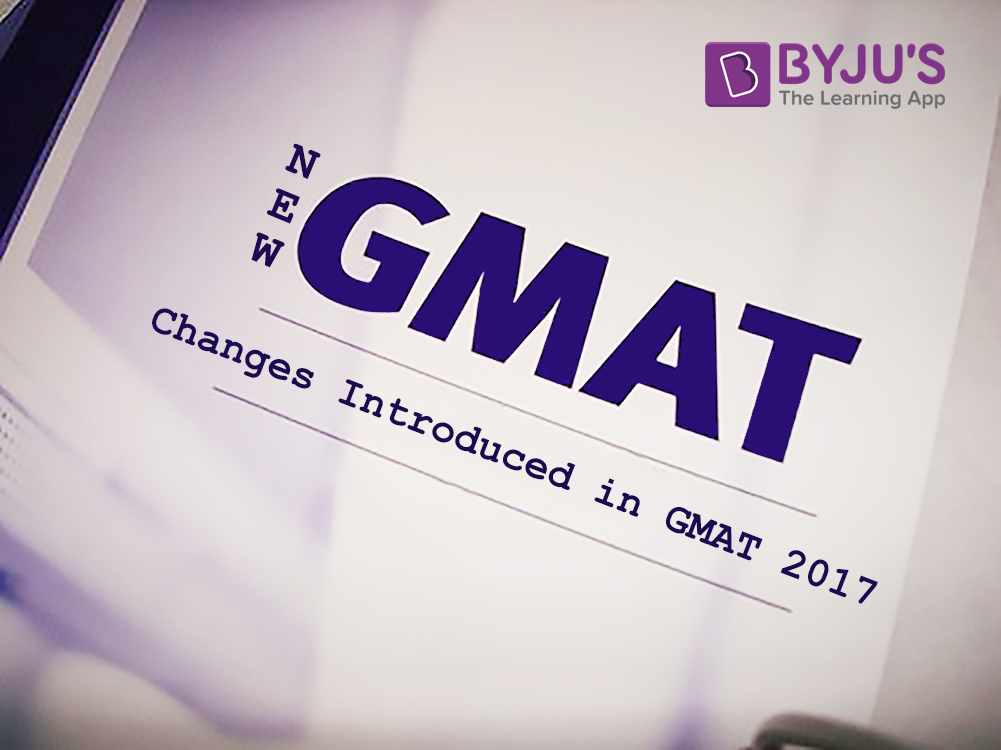 In the purview of providing user-friendly test interface and in continuing efforts of enhancing GMAT (Graduate Management Admission Test) to exam seekers, Graduate Management Admission Council (GMAC) has introduced two new features: (i) Select Section Order and (ii) Removal of Profile Update Screens at Test Center. All the mentioned changes will be implemented w.e.f., July 11, 2017. Let’s discuss what the new changes are about!

Generally, GMAT offers four sections. From July 11, 2017, onwards the test takers can select their desired section at the test centre on the test date, before the inception of the test. The available three options are:

On this context, Ashok Sarathy, Vice President, Product Management, GMAC said,” The idea of being allowed to choose the section order had been commonly requested by test takers.” He further added, “We conducted a pilot study in 2016 to test this feature and received overwhelmingly positive feedback, with 85 percent of participants surveyed expressing that this new feature boosted their confidence prior to even taking the exam. Our pilot findings also concluded that taking the exam in different section orders continues to maintain the quality and integrity of the GMAT scores.”

Earlier, the GMAT test used to come with AWA section as the first followed by IR, Quantitative and lastly verbal. With these new amendments in test, synchronization will boost up the student’s confidence to bear the bombardment of GMAT questions. In fact, still, now students can opt the previous version of GMAT exam centre.

What is Removal of Profile Update Screens at Test Center?

Before, facing the actual test questions, the candidates were supposed to fill an array of profile based questions which include undergraduate degree, years of work experience, demographics, accessible on the computer monitor at the test center. GMAC decided to withdrew these screens from the testing monitor; although they will still be available for candidates to access and update on mba.com at any time prior to or following their GMAT exam.

Remember, all these changes will be launched in all regions beginning July 11, 2017, at 12:01 am local time. All exams appointments scheduled for July 11 or later will include these changes at the test center.

To keep up the value of GMAT test, GMAC time to time bring changes. Over the past years, GMAT test takers have undergone these changes:

Byjus will be glad to help you in your GMAT preparation journey. You can ask for any assistance related to GMAT and MBA from us by calling us at +918884544444. You can write to us at gmat@byjus.com.