Did you know that we actually see the sunrise about 2 minutes earlier than the actual sunrise? Also, the sunset that we witness is of the sun that has already set? It is fascinating to learn that the position of the sun varies so much from its actual position. This is because of the phenomenon known as atmospheric refraction.

The phenomenon in which the waves undergo a change in direction when it passes from one medium to another is known as refraction.

What is Atmospheric Refraction?

During sunrise, the sun is rising above the horizon. The rays from the sun get refracted as they travel from more dense air to less dense air. Also, the human eye sees the sun rays as a straight line, which appears as the sun has risen. But it has actually not yet risen.

The sun, after sunset, is setting below the horizon. Now, the apparent position of the sun is visible to us and not the actual position. This is because of the atmospheric refraction.

Click the below link to understand why the sunsets are red: 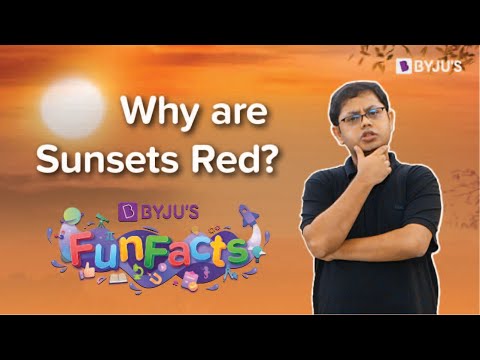 Give an example of refraction in nature.

The twinkling of stars is an example of refraction in nature.

State the laws of refraction of light.

What is the refractive index?

Refractive index is used for describing how fast light travels through the material.

What happens when the white light passes through the prism?

When the white light passes through the prism, it gets divided into its components, and they are red, orange, yellow, green, blue, and violet. This is due to the refraction of light.

Give 2 applications of refraction of light.

Peepholes used in doors, cameras, and movie projectors and the spectacles are the 2 applications of refraction of light.

Test your knowledge on Advanced Sunrise And Delayed Sunset
Q5