Difference Between Resistance and Impedance 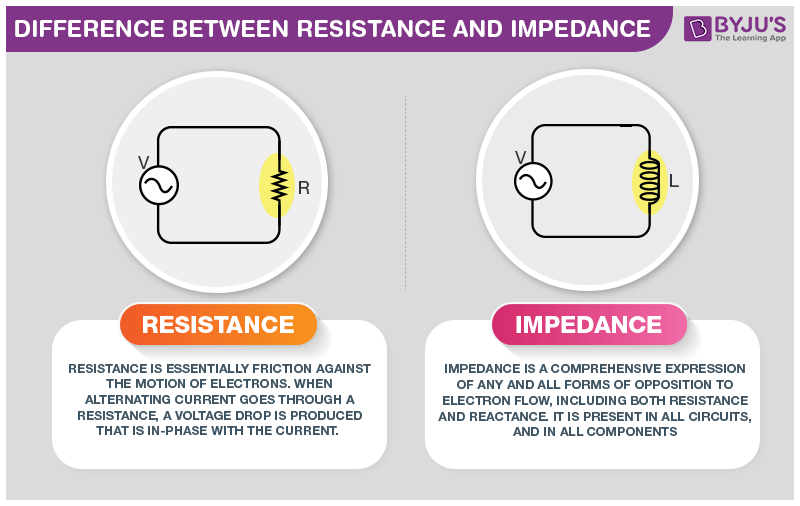 Difference Between Resistance and Impedance

Resistance is caused due to the electrons in a conductor colliding with the ionic lattice of the conductor which results in the conversion of electrical energy into heat. It could be said that electrical resistance is the opposition to steady electric current. An ideal resistance does change with frequency when connected with DC.

These were some differences between Resistance and Impedance. If you wish to find out more, download BYJU’S The Learning App.

Is the resistance be seen only in AC circuits?

No, resistance can be seen in both AC and DC circuits.

How is the impedance represented?

Does the value of resistance change when the frequency of DC current changes?

The value of resistance does not change upon the change in frequency of DC current.

Do resistance have the magnitude and phase angle?

Resistance does not have a magnitude and phase angle.

How does the impedance vary?

Impedence varies according to the frequency of AC current.
Test your knowledge on Resistance and impedance difference
Q5