Distance-time graph is the plot of distance travelled by a body against time. So it will tell us about the journey made by a body and its speed. Below is an example of a distance-time graph, if it is a straight horizontal line than the body is stationary, its speed is zero, if the line is diagonal than its moving with a constant speed and if it is anything other than a straight line then the speed is varying. 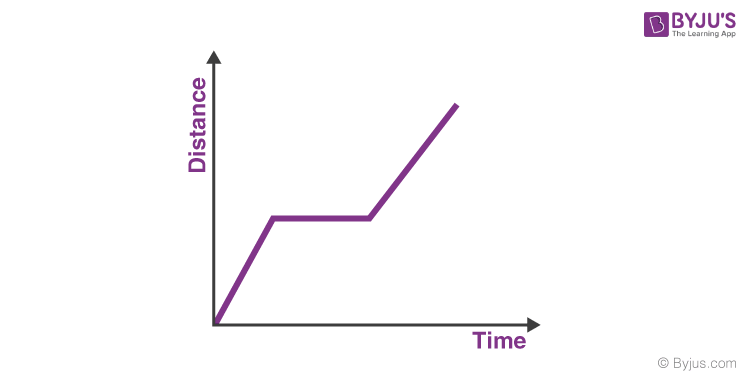 As in uniform motion, the distance time graph would be a straight line, because the equal distance is covered in equal units of time. 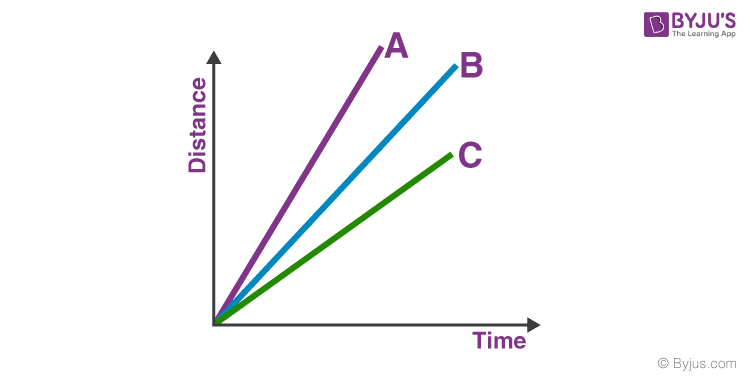 You can see that there are three bodies A, B and C, all of them are in uniform motion then why do they have different slopes?

It is because the slope of a distance-time graph determines the speed of that body, so steeper the slope greater will be the speed of the body. From the above graph, we can come to a conclusion that body A has the highest speed and body C has the least speed.

It is the graph of velocity against time; it shows us how the velocity changes with respect to time. The slope of a velocity-time graph determines its acceleration. 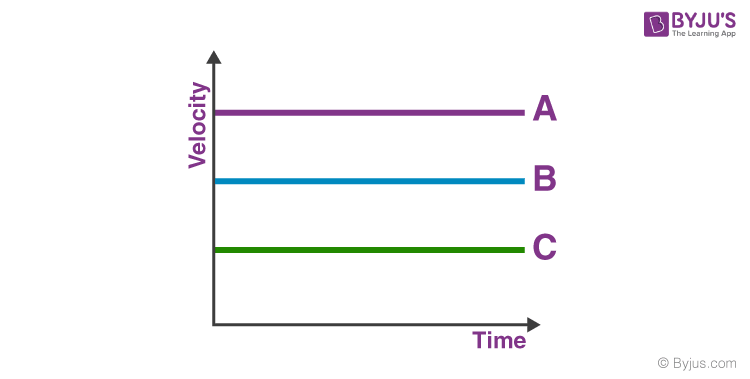 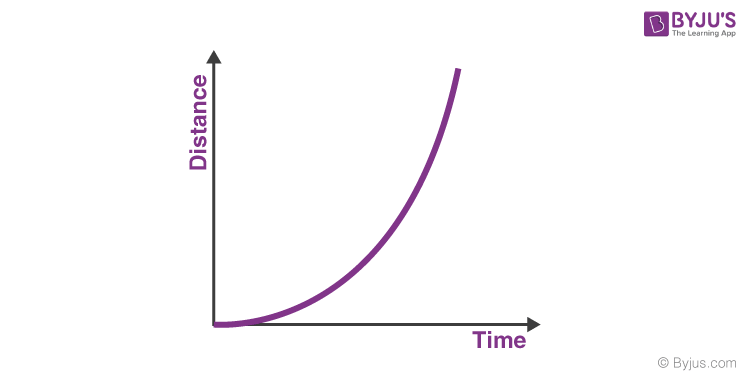 In the above example, the bodies had uniform motion, their velocity does not change with respect to time. Now let’s talk about bodies that have uniformly accelerated motion.

The distance-time graph for a uniformly accelerated motion looks as shown in the graph above, consider how the distance is changing exponentially indicating that the velocity is changing at a constant rate or there is constant acceleration. But in the velocity time graph as velocity changes at a constant rate with respect to time in uniformly accelerating motion, the graph would be a straight line with its slope indicating the amount of acceleration. 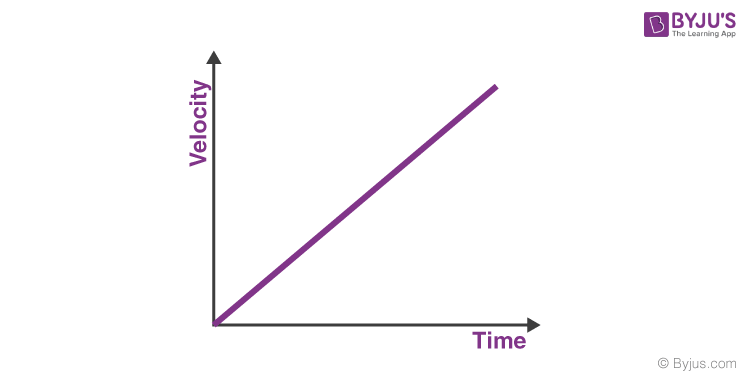 Stay tuned to BYJU’S to learn more about motion graphs, equations of motion and much more.