The impending motion refers to the state of a body when it is on the verge of slipping. In such cases, the static friction has reached its upper limit and is given by the equation

To better understand the meaning of impending motion, let us look at the three regions of static to motion transition in the next section.

In the next section, let us solve a problem related to impending motion.

Finding The Force For Impending Motion

Let us look at the example given below to understand how to find the force required to impend motion in an object.

Example: Determine the force necessary for impending motion up the plane. The coefficient of static friction is 0.2. 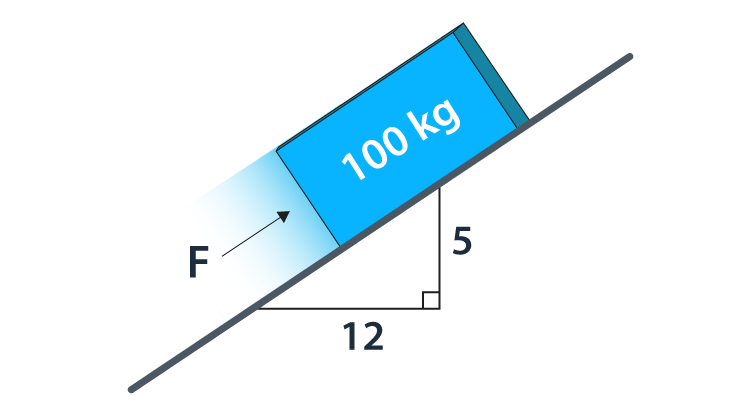 First, let us look at all the forces acting on the body and represent it in the free body diagram. 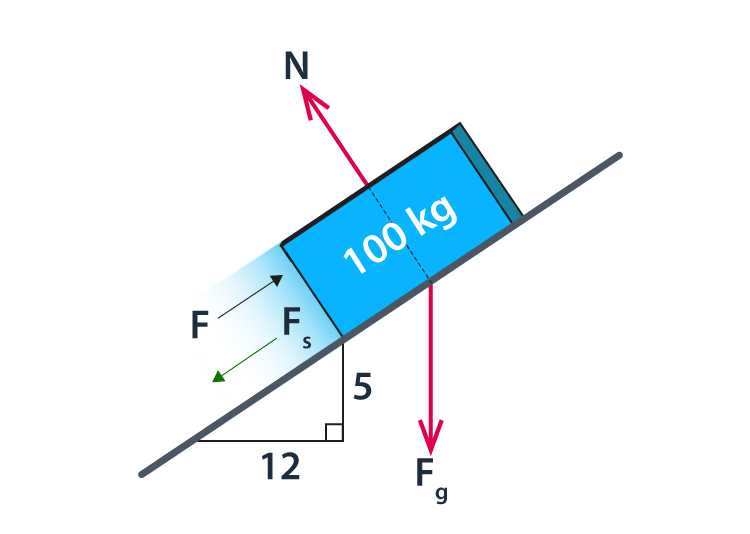 The free body diagram can be represented as follows: 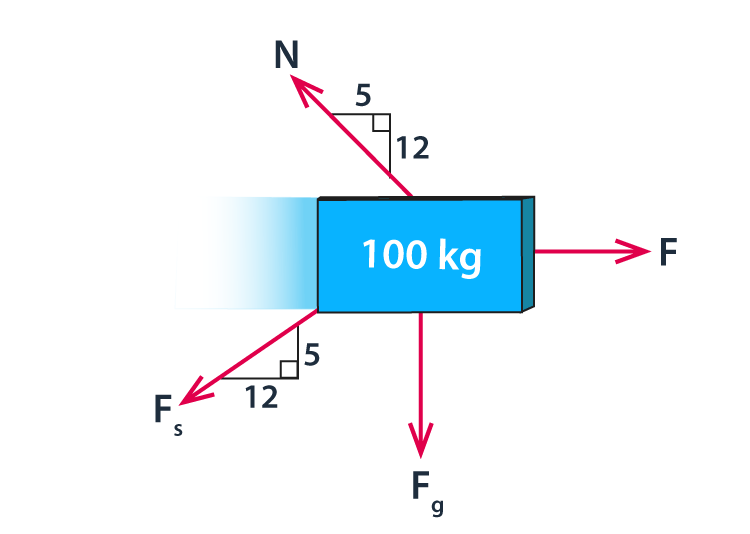 The force of gravity acting on the body can be found as follows:

Substituting the value of the force of gravity and the coefficient of static friction in the above equation, we get

Now, to find the pushing force let us look at the horizontal forces

Substituting the values we get,

Hence, the force required for impending motion is F = 659 N.

What is kinetic friction?

Kinetic friction is defined as a force that acts between moving surfaces. A body moving on the surface experiences a force in the opposite direction of its movement. The magnitude of the force will depend on the coefficient of kinetic friction between the two materials.

Maximum static friction is the upper limit of the frictional force which keeps an object in a rest position. When the object reaches the maximum limit of static friction it starts to move in the direction of applied force.

Stay tuned to BYJU’S to learn more about static friction and its laws with the help of interactive video lessons.