What is Bandwidth of a Signal?

What is meant by the bandwidth of a signal? Bandwidth is a range of frequencies within a continuous set of frequencies. It is measured in Hertz. The purpose of a communication system is to transfer information from the transmitter which is located in one place to a receiver which is usually far away from the transmitter. When we send an email, we are sending it as bits of information to the receiver. This information is transported over the air or wire at a certain frequency depending on the mode chosen. Another factor at play is that the information can be in many forms; voice, video, photo, word document, etc. Luckily there is a very large spectrum of frequencies waiting for our bidding. 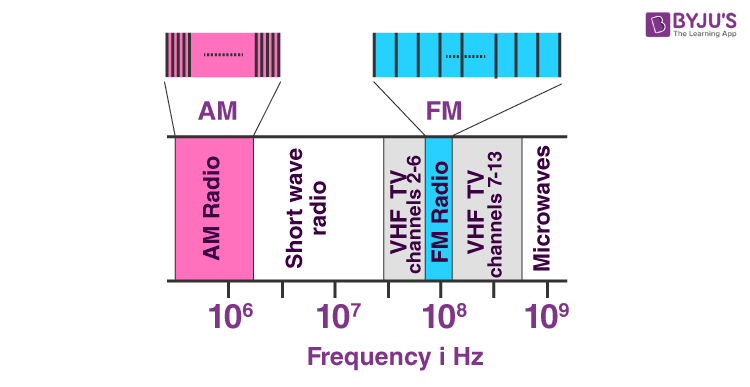 The smaller frequencies are used for long-distance communication and can travel unaffected over large distances, ie, less attenuation. Larger frequencies have greater energy and can carry more information but they are very inefficient and cannot be transmitted over long distances. One such set of frequencies are used for a very different purpose than others, ie the microwaves. For transmitting sounds or speech, the frequency range of 300 Hz to 3100 Hz is sufficient and hence the current telephones operate at a bandwidth of 2800 Hz. Transmission of music requires a bandwidth of the signal of 20 kHz because of the various instruments with a variety of pitches.

The audible range of a human is from 20 Hz to 20 kHz whereas a dog can hear from 50 Hz to 46 kHz. The key characteristic of bandwidth is that any band of a given width can carry the same amount of information, regardless of where the band is located in the frequency spectrum. For example, a 4kHz signal bandwidth can transmit a telephone conversation whether it is through lower frequency, like a wired telephone or modulated to a higher frequency, ie cell phone.

What we discussed till now was with respect to analog signals. Digital signals are in rectangular form, either on or off, ie 1 or 0. The sine wave is the fundamental waveform and every other kind of waveform (triangular, rectangular as in digital) can be written as a combination of the fundamental sine wave. We get digital pulses when we superimpose sine waves of different harmonics.

Learn more about Difference Between Analog And Digital Signal. 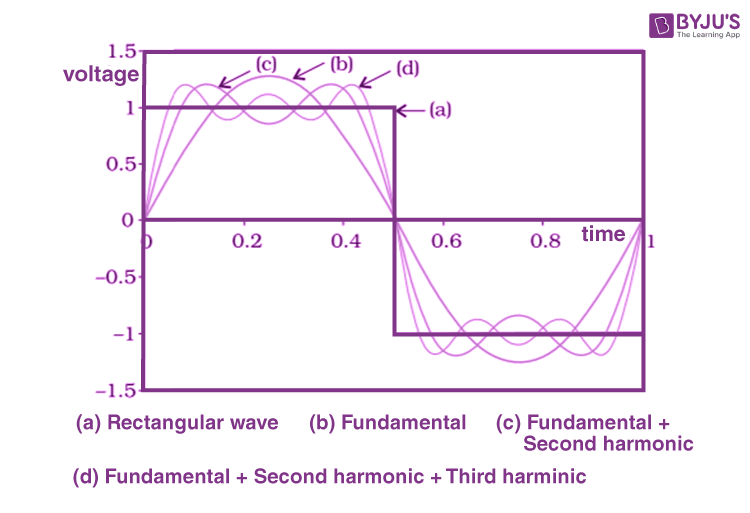 There are various methods of transmission, yes lots of them. From smoke signals and beating drums to the current fiber optics. The amount of data these various methods can transfer differ hugely. During the 1990’s and the early 2000’s, India had dial-up internet which was really slow but now with infrastructure changes we have faster internet. Wires are the most commonly used transmission media. A wire offers a bandwidth of approximately 750 MHz. The transmission over the air and free space range from a few hundred kHz to a few GHz. An optical fiber can offer a signal bandwidth of over 100 GHz. The bandwidths are allocated to radios, televisions and cellular communication companies by the government of the country.

Measurement of the Bandwidth of a Signal

Bandwidth is a key concept in several technological fields. In signal processing, it describes the difference between upper and lower frequencies in transmission signals like radio signals, etc. The measurement of the bandwidth of a signal is done in hertz (Hz). Depending on the context, the bandwidth may specifically be referred to passband bandwidth or base bandwidth.

A signal processing system works efficiently over a finite range of frequencies. Within this band of frequencies, the response of a system is flat. Outside this band, the frequency response gradually drops off. The boundary in a system’s frequency response at which the energy flowing through a system reduces rather than passing through is known as the cutoff frequency. A passband bandwidth is a difference between the upper and lower cut off frequency and a baseband bandwidth equals the highest frequency of a system. Bandwidth in hertz is a central concept in many fields like electronics, radio communications, digital communications, information theory, etc.