Difference Between Celsius And Fahrenheit

There are many units to measure temperature, but the most popular unit to measure the temperature in Celsius and Fahrenheit. These two units have respective values for boiling and freezing points, with reference to water. Celsius and Fahrenheit, the temperature measuring units are very useful in many ways and are used all over the world. There are formulas to convert from Celsius to Fahrenheit, click here for Celsius to Fahrenheit Conversion. The difference between Fahrenheit and Celsius is given below to help learners understand the concept more effectively. 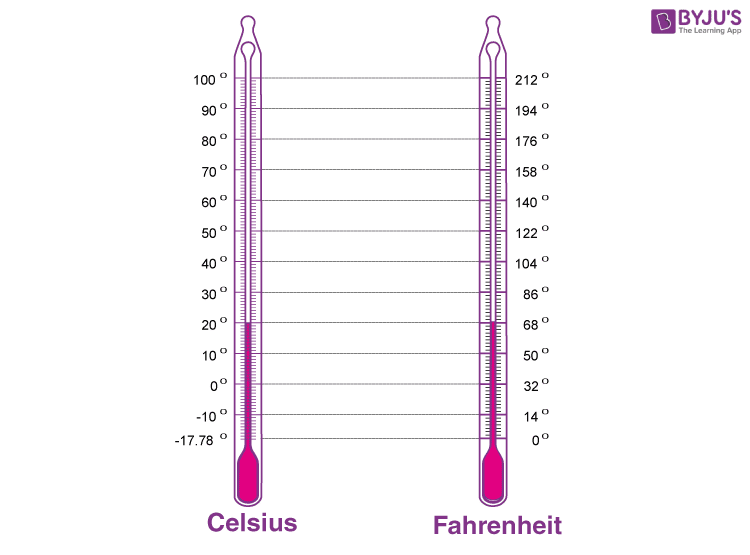 Celsius is also called as centigrade and is used by most countries. The Celsius is named from a Swedish Astronomer called Andres Celsius, who introduced a similar instrument to measure the temperature.

Fahrenheit system is used in the United States for measuring temperature as a standard for non-scientific uses. It is named after a German-Dutch Physicist named Daniel Gabriel Fahrenheit.